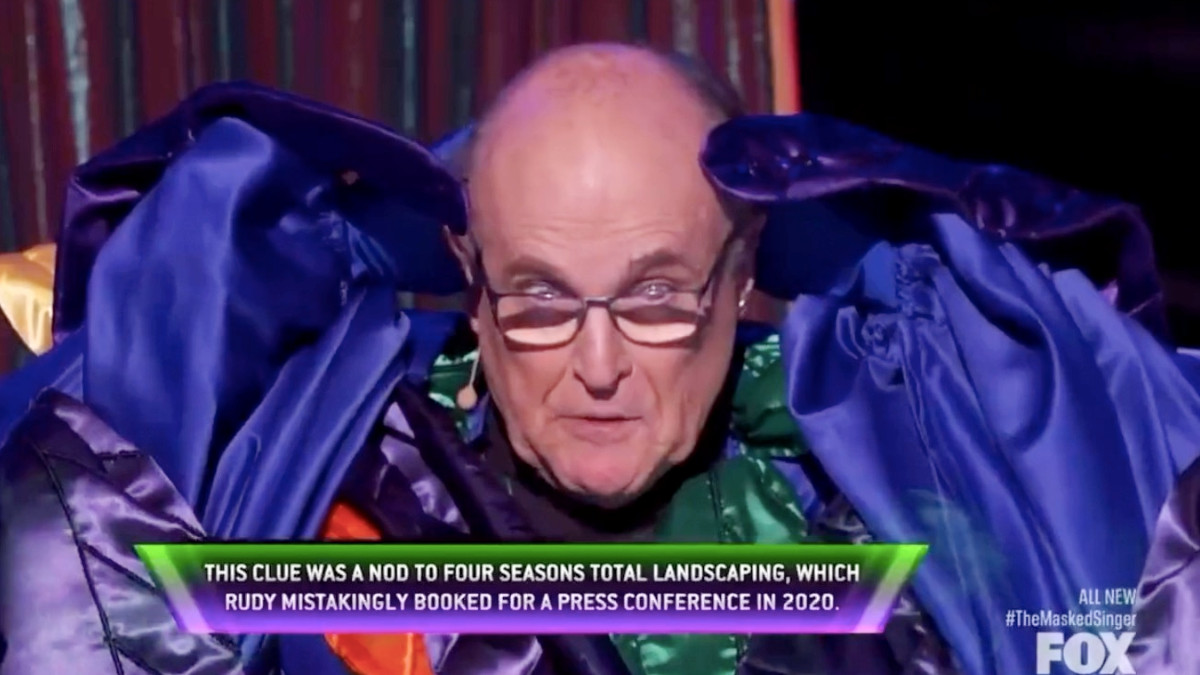 Fox is apparently unbothered by all the outrage and backlash following the unmasking of Rudy Giuliani on the popular reality series The Masked Singer last month, which caused judges Ken Jeong and Robin Thicke to walk off stage in protest. During a conference call with network executives on Monday, the attitude seemed to be decidedly “sorry not sorry” when it came to making a spectacle of the disgraced former New York City mayor.

“Yeah, absolutely no regrets,” said Rob Wade, the president of alternative entertainment & specials at Fox Entertainment, according to NBC News. “The marketing is all about delivering jaw dropping moments, which is exactly what the casting accomplished.”

“And whether it was on set or with the viewers at home I suppose my only regret or surprise was obviously the reveal was spoiled,” Wade added, referring to the February leak, months before the episode aired. “But kudos to you guys. Just please don’t do it again. Thanks a lot.”

Last June, Giuliani’s law license was suspended by a New York appellate court that found uncontroverted evidence that he had made “demonstrably false and misleading statements to courts, lawmakers and the public.” The following month, his license was likewise suspended in Washington, D.C.

Following his unmasking on the reality series, Giuliani sang a rendition of George Thorogood’s “Bad to the Bone,” seemingly in reference to the real crimes he may have committed. (Though Giuliani has yet to be charged with any formal crimes, an FBI investigation is still ongoing.)