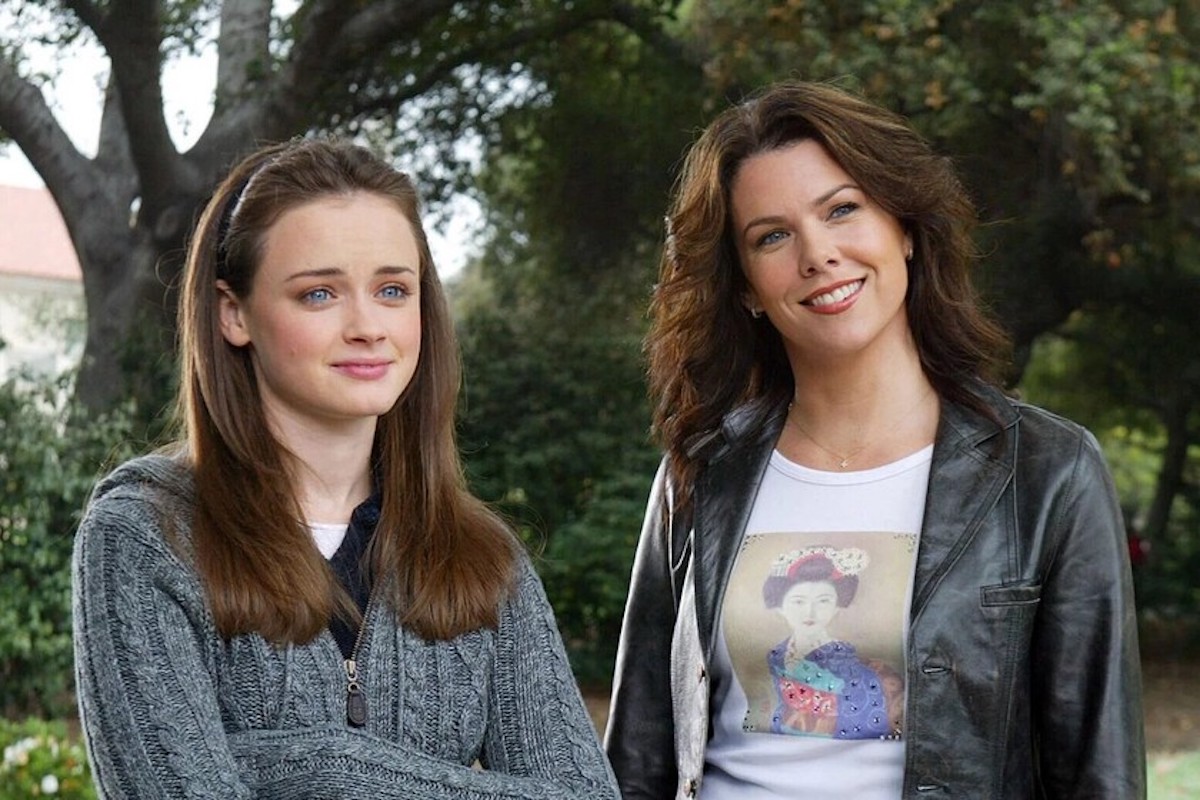 There is something so witty and undeniable about Gilmore Girls. When it first premiered in 2000, it was an instant hit among audiences for the quick-paced dialogue, relatable drama, and heartwarming emotional connections between characters. Gilmore Girls ran for seven amazing seasons starring Lauren Graham as Lorelai Gilmore and Alexis Bledel as Rory Gilmore.

The mother-daughter duo faced plenty of highs and lows throughout all seven seasons of the show, but ultimately they were always meant to be genuine best friends. Another interesting thing to note about Gilmore Girls is the fact that it’s considered a multi-generational drama, with Lorelei‘s parents also being a huge part of each season. Here are some other awesome shows to watch if you are looking to recapture the charm of Gilmore Girls.

The intricacies of becoming a parent for the first time are explored in both Gilmore Girls and Parenthood. In Parenthood, the show focuses on four adult siblings who have grown up and proceeded to start their own families. Even though they’ve all got individual problems going on in their lives, they know they can lean on each other for emotional support throughout the most difficult hardships. Graham is a leading actress in both shows.

Dawson’s Creek is an incredible team drama that premiered in 1998, and lasted for six seasons. It focuses on a teenage boy named Dawson Leary who has dreams and aspirations of becoming a successful filmmaker in Hollywood one day. He’s head over heels in love with his best friend Joey, who also happens to be his next-door neighbor and childhood crush. Although the teenagers spend the bulk of their time and focus on each other, they also interact with their parents and elders quite a bit too. The multi-generational dynamics might remind you of Gilmore Girls.

How I Met Your Mother

In 2005, How I Met Your Mother premiered and ended up going on for nine seasons. The show stars Josh Radnor, Neil Patrick Harris, Jason Segel, Alyson Hannigan, and Cobie Smulders in the leading roles. This cast of characters worked so well together that they were often compared to the cast of Friends. It focuses on a man named Ted, who has fallen in love. He tries to explain the pathway it took for him to meet his children’s mother throughout each episode of the show. The thoughtful conversations shared between characters are familiar to Gilmore Girls.

How I Met Your Father

How I Met Your Father is a spinoff to the original show, How I Met Your Mother. This time around, the show stars Hillary Duff, Chris Lowell, Francia Raisa, Kim Cattrall, Tom Ainsley, and Josh Peck. It’s barely taking off in 2022, but social media users are speculating that it’s going to be a total success. It’s about a woman named Sophie who tells her son the story of how she met and fall in love with his father back in the day. Raising a child in a single-parent household occurs in both How I Met Your Father and Gilmore Girls.

With the incredible all-star cast of Dollface, how could the show possibly go wrong? Kat Dennings, Shay Mitchell, and Brenda Song are the leading ladies in this television comedy about a young woman who must figure out how to re-establish her friendships after becoming single for the first time in a long time. While she was wrapped up in her long-term relationship, she put all her friendships on the back burner. Now that she’s alone, she has to reach out to her besties and hope for the best that they’ll accept her into their circle once again. Tight-knit bonds between women are the focal points of this show and Gilmore Girls.

The Secret Life of the American Teenager is an interesting show to compare to Gilmore Girls, since it’s filled with several teenagers going through that “coming of age” period in their lives. In Gilmore Girls, Lorelei went through a rebellious time during her teenage years and ended up getting pregnant. In The Secret Life of the American Teenager, the main character is a girl named Amy who accidentally gets pregnant the first time she sleeps with someone at band camp. In both shows, teen pregnancy changes everything.

Jane the Virgin is an awesome show to get hooked on starring Gina Rodriguez in the leading role of Jane. Jane’s life is pretty much perfect from an outsider’s perspective. She’s 23 years old, engaged to marry a good-looking detective, and on track to become a teacher. Her biggest goal in life is to maintain her virginity until she gets married. Unfortunately, she gets inseminated during a doctor visit and instantly gets pregnant. Instead of terminating the pregnancy, she decides to follow through with it for nine months! To make things even more complicated, the sperm donor is actually her boss. There are so many messy and complicated moments in this show and that’s why it’s so easily comparable to a show like Gilmore Girls.

Netflix is constantly coming out with brand new original TV shows and movies. Sweet Magnolias is one of the more recent shows on their list. It premiered in 2020 telling the story of two lifelong friends who come together in their adulthood to support each other through the highs and lows of family drama and career problems. Joanna Garcia Swisher, Brooke Elliott, Logan Allen, and Chris Klein are some of the cast members in this show. Jamie Lynn Spears is also a member of the cast, although there is a petition circulating for her to be removed due to the current drama going on between her and Britney Spears.

Fuller House is the reboot of Full House, a show that was considered beyond heartwarming and amazing back in the late 80s and early 90s. Fuller House ended up keeping a lot of the same cast members, except for Mary-Kate and Ashley Olsen. The late Bob Saget returned to reprise his role, as well as John Stamos, Dave Coulier, Candace Cameron Bure, Jody Sweden, and Andrea Barber. Fuller House is one of the best shows to watch if you’re looking for a wholesome vibe with consistent happy endings.

Gilmore Girls: A Year in the Life

Every true diehard Gilmore Girls fan was stoked when its revival series was released in 2016. Gilmore Girls: A Year in the Life takes viewers back to the small town of Stars Hollow, with Graham and Bledel reprising their roles as Lorelei and Rory. They still love coffee just as much as they once did in the early 2000s, they still talk extremely fast with one another, and they still have that same magical mother-daughter bond people in the real world strive to achieve in their family lives.