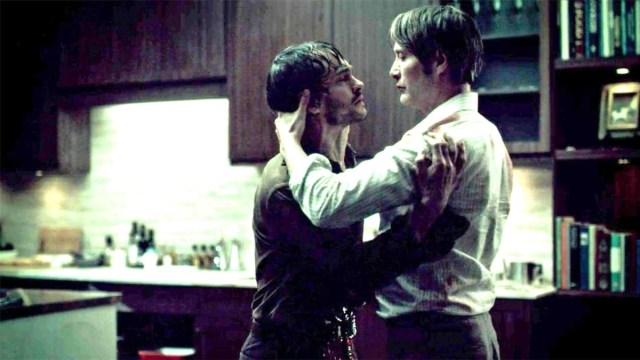 If you can believe it, it’s been over seven years since Bryan Fuller’s Hannibal was canceled by NBC, and yet the creator is still holding out hope that the beloved psychological thriller series will eventually make a grand return to our screens.

To be fair, you can completely understand why when the show retains such a vociferous level of support, adulation, and never-ending backing among its fans, even if the countless campaigns and petitions have so far yielded the square root of zero in terms of tangible returns.

It looked for a hot minute as though Netflix could step into the breach when the three-season run garnered impressive viewing figures after being added to the platform, but the excruciating wait goes on. One of the biggest takeaways from Hannibal was how invested audiences became in the relationship between Mads Mikkelsen’s titular cannibal and Hugh Dancy’s Will Graham, with the shippers and fanfic writers constantly out in full force.

However, many critics and party poopers accused Fuller of outright queerbaiting, and as an openly gay creative in the television industry, the writer and executive producer revealed to IndieWire that he doesn’t take too kindly to that particular line of criticism.

“I was trying to tell an authentic story because I think exploring queerness from a heteronormative point of view is a complicated path. It certainly started out as a non-sexual same-sex couple experiencing a greater intimacy than they’ve ever experienced before. Then being able to transition through that to an intimacy that was qualified as love. Then a physical intimacy between them, where they are both penetrating a man, that is a culmination of their relationship with each other. Then falling into each other’s arms and over a cliff. I never felt that I was queerbaiting. I think that’s a buzzword for a lot of folks to find something to complain about because it feels like they were duped or misled.

I’m just as proud of the explicit queerness of that relationship. The growing queerness of what’s happening between Will and Hannibal never felt exploitative. It felt authentic about somebody who once identified as heterosexual having a complex, intimate relationship with somebody of the same sex. Then going on a journey with those feelings to what lies down the path felt less coded and more authentic to the story of this man on this journey. Because it became explicitly queer in terms of the conversation about loving each other and where that love was going to take them, I think to dismiss it as queerbaiting is cynical and a little bit of assholery, honestly.”

You can’t argue that he makes a number of salient points, but that doesn’t mean the Fannibals are going to go quietly into the night in the wake of that season 3 cliffhanger. The last episode of Hannibal aired in August of 2015, and yet the calls to see the acclaimed adaptation return remains as strong as ever – with Fuller again stating that he just “needs somebody to put it on their airwaves”.