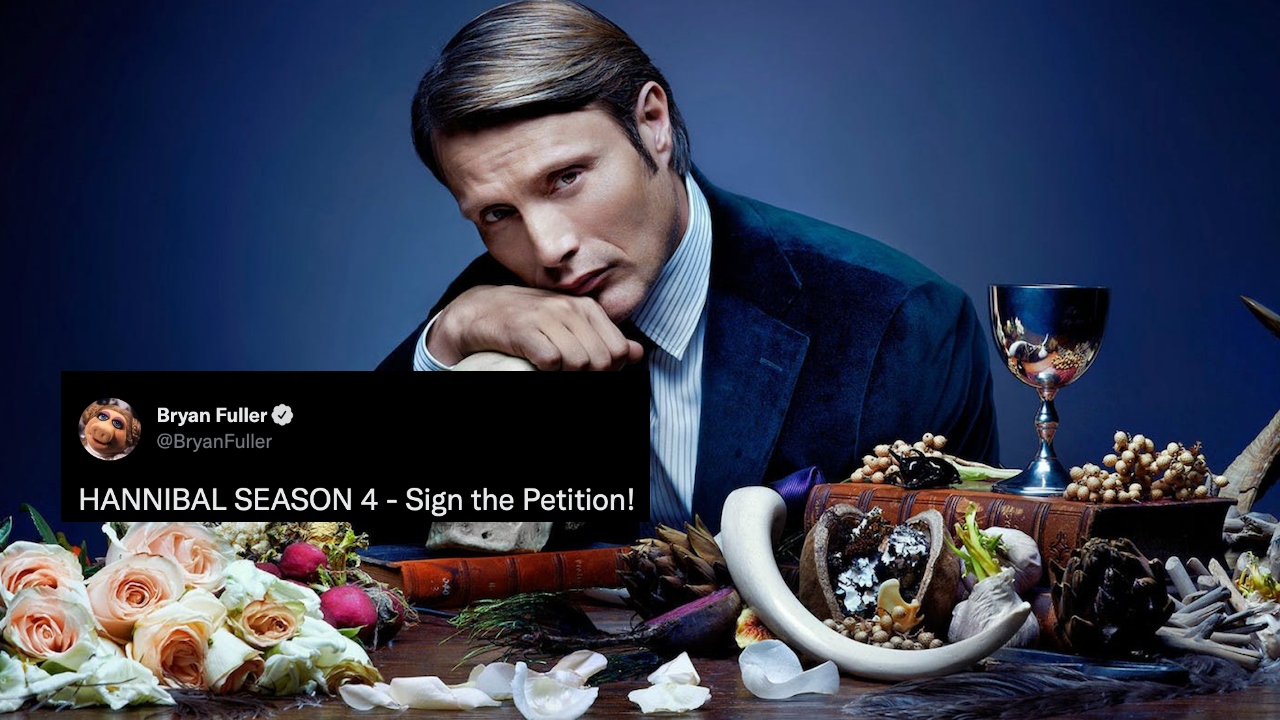 It’s been over 7 years since NBC’s cannibalistic thriller phenomenon Hannibal was canceled, much to the devastating backlash from eagle-eyed viewers across the globe. Since the show’s cancellation, diehard fans have yet to get over it — and, apparently, neither has creator Bryan Fuller, who is now encouraging online fans to sign a petition to bring the series back for a fourth season.

The aforementioned television series premiered on April 4, 2013, on NBC, and featured Mads Mikkelsen in the titular role as cannibalistic psychiatrist Dr. Hannibal Lecter and Hugh Dancy as FBI agent Will Graham. Over time, the two men develop a close relationship with each other — which many fans within the LGBTQ+ community have labeled as an obsession-turned-love situation. The show lasted for three action-packed seasons until it was ultimately canceled on June 22, 2015, due to low viewership.

Now, several years after the show’s cancellation shocked the masses, Fuller has taken his frustration to his official Twitter account, where he is encouraging his followers (and devoted Hannibal fans) to sign a petition to bring back the once-popular series.

At the time of this writing, the petition currently has over 4,000 signatures and is inching closer and closer by the second to 5,000. That’s a lot of love for a show about a guy who eats people — but, to be fair, it is pretty iconic. It remains to be seen if a fourth season of Hannibal will ever actually happen, but Fuller has confidently kept hope alive for years now.