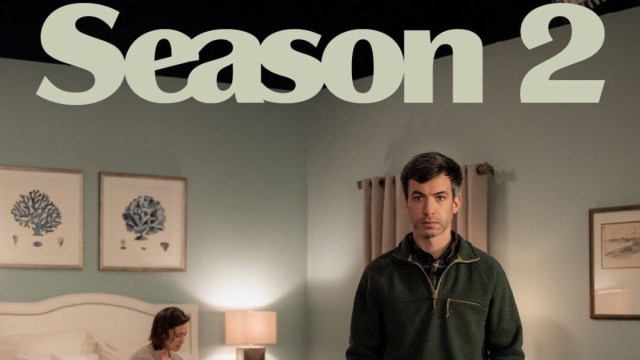 Get ready for more capital-D (emphasis on the D) discourse, because HBO has renewed The Rehearsal, Nathan Fielder’s most ambitious and outlandish social experiment yet, for a second season.

In The Rehearsal, Fielder ostensibly sets out to help random people whom he plucks from vague Craigslist postings with challenging aspects of their life by helping them “rehearse” using elaborate set constructions and dozens of actors for peak authenticity.

In the five episodes that have aired so far, the Vancouver native has “helped” a trivia-obsessed New Yorker confess a white lie to his bar trivia teammate, attempted to coach another man into confronting his brother over their grandfather’s will in an elaborate replica of a Raising Cane’s fast food restaurant, and even staged what it would be like to raise a child for a woman considering motherhood.

The news comes blessedly for fans just ahead of Friday night’s season finale — as the shakeups with Warner Bros. Discovery, along with the ongoing gutting of HBO Max, had made it seem like the fate of the beloved, yet clearly very expensive series was likely hanging in the balance. But it’s Friday, and we all deserve a little treat!

“One more chance to get it right,” HBO tweeted on Friday afternoon, along with a posted featuring Fielder staring blankly into the camera while a woman sits on a bed behind him, looking distraught. “The Rehearsal has been renewed for season 2.”

“Nathan has sparked such a lively conversation with The Rehearsal,” said Amy Gravitt, executive vice president of HBO Programming, in a statement. “We have no idea where season 2 will take us, and that is the delight of this boundary-pushing show from a truly singular talent.”

Much of the dialogue around The Rehearsal centered on whether the end justified the means, as Fielder uses a variety of manipulative tactics — including lying, deception, and in one episode, even stalking — to see his elaborate plans through. However, as it’s becoming increasingly clear (particularly following the penultimate episode) the goal is to turn the camera back on himself. Though, no one knows for sure who the real Nathan Fielder even is, and it seems extremely unlikely that the series will ever truly clear that up.

With any luck, fans will see season 2 of The Rehearsal sometime in 2023.