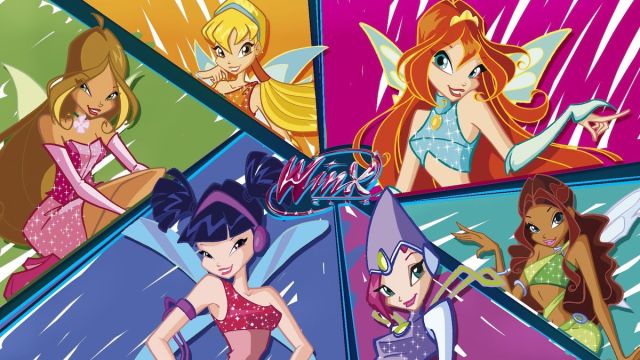 Fate: The Winx Saga — while a dark and moody teen drama — is actually based on a cartoon series by Iginio Straffi. It started as an Italian cartoon but eventually made its way to other countries in dub and sub forms. Some of you may remember watching Winx Club as a kid, either on 4Kids or Nickelodeon, as both had their own dubs available. For those who haven’t seen it though, it follows six young fairies as they attend Alfea college and their paths as they learn about their magic, their friendship and themselves. Sounds familiar, right? Fate: The Winx Saga is just a more mature version of the original cartoon, but it uses most of the same characters and elements of the same plots.

Those of us that did watch it got glimpses of amazing style as well as the magic of fairies and friendship. It was a great kids’ show and really taught us about the importance of friendship and platonic love, which was something you didn’t often see and still don’t. When it was announced Winx Club would be getting the live-action treatment, fans were excited but hesitant as we didn’t want to see it get messed up. While there have definitely been a few issues with Fate: The Winx Saga, there are also the positives in both casting and plot. They can always do better, as most shows can, but season two really fixed a lot of the problems fans had with the show. We just need to introduce Tecna and fix the whitewashing of Musa and the characters will all be there!

For those intrigued by the cartoon, or previous fans who just want to do a rewatch – the best dub is done by Cinelume and is available to watch on YouTube along with all of the seasons up to seven. Right now, I haven’t found anywhere to watch season eight and season nine is still in production, so maybe once season nine airs, season eight will be uploaded as well.

Though Winx Club and Fate: The Winx Saga definitely look different, at their heart the stories and messages are similar, if not the same: Be a good friend and person and you can accomplish anything.