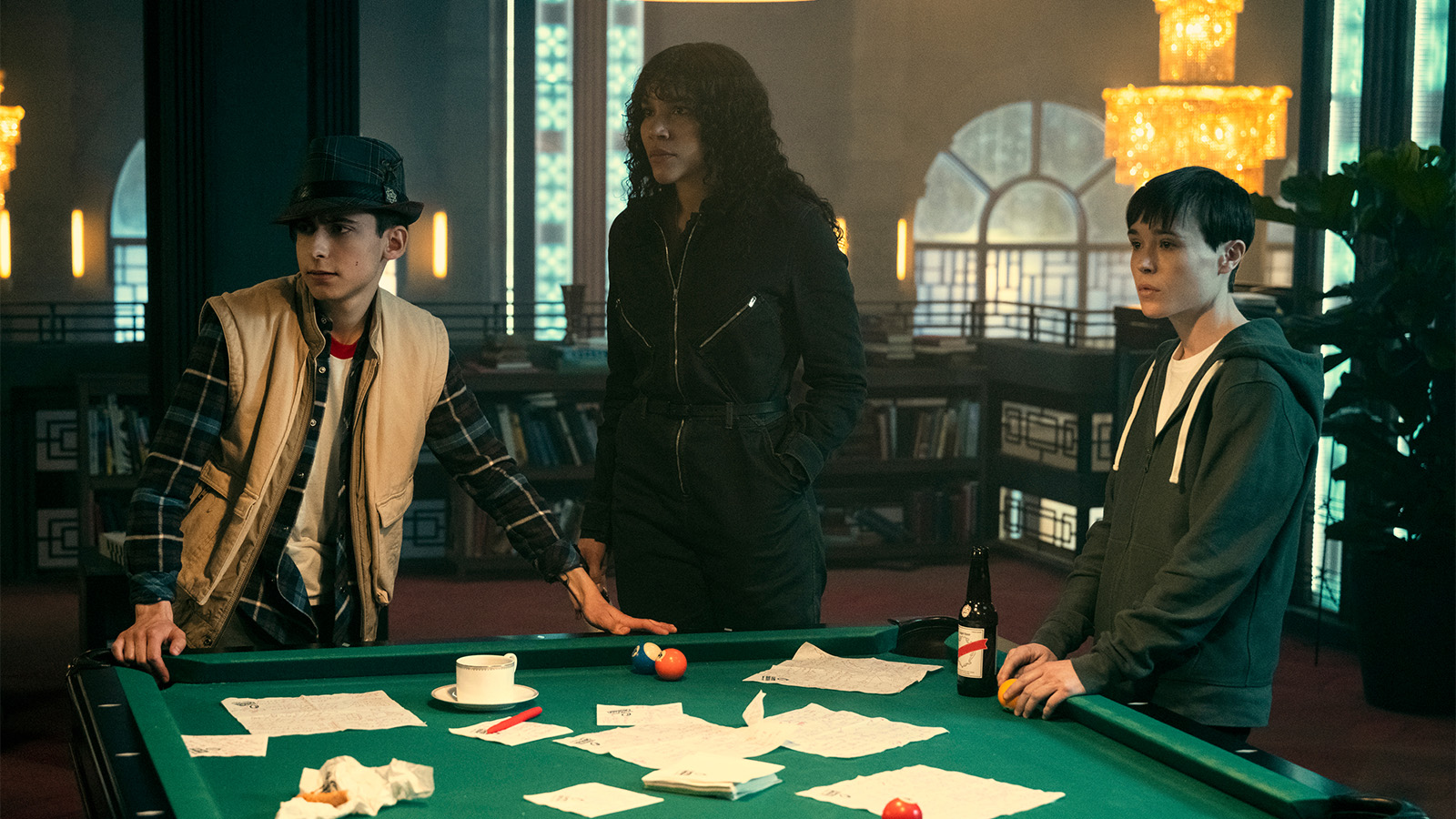 Season 3 of The Umbrella Academy will premiere in June 2022. Inspired by Gerard Way and Gabriel Bá’s comic book series of the same name, the Netflix hit series is bringing back the beloved Hargreeves family — and introducing some new characters to the show in the process.

The Umbrella Academy tells the story of the Hargreeves family: Unique, dysfunctional, and powerful. That story begins on Oct. 1, 1989, when 43 women mysteriously became pregnant and gave birth. None of them were pregnant the day before. An eccentric billionaire named Sir Reginald Hargreeves then adopts seven of those mysterious children, who he calls by number instead of name. When all of them develop powers, except one, their father turns them into a group of child superheroes named The Umbrella Academy.

In season 1, which follows the Apocalypse Suite arc and incorporates elements from the Dallas arc of the comics, the siblings reunite after Sir Reginald’s passing, almost two decades later. One of them was missing, another one was dead, and the powerless one was estranged from the family, but the threat of an imminent apocalypse brings them together again. Season 2, mostly inspired by the Dallas arc from the comics, explores the consequences of their plan to stop the apocalypse from happening.

And Season 3, based on the Hotel Oblivion arc of the comics, will bring in another set of characters — a group named The Sparrow Academy.

Netflix revealed the premiere date for the third season of The Umbrella Academy on May 19, 2022, alongside a new trailer and poster for the season. Season 3 will premiere worldwide on June 22, 2022.

This means that all ten episodes of the third season of The Umbrella Academy will be available at 3am ET on Wednesday, June 22, 2022 on Netflix. Yes, a Wednesday.

New seasons typically come out on Fridays, which was the case for the first (Feb. 15, 2019) and second (July 31, 2020) seasons of the show as well, so we will need to wait and see if there is any special reason why Netflix chose this date.

All episodes in The Umbrella Academy Season Three

Series creator and showrunner Steve Blackman revealed all episode titles for the third season of The Umbrella Academy during Netflix’s Geekd Week event in June 2021. Season 3 will be ten episodes long, just like the first and second seasons. Here are all the episodes and their writers:

Blackman also mentioned that some of those titles might mean more to fans after they start watching the season, while some will hold special meaning to fans of the comic book series.