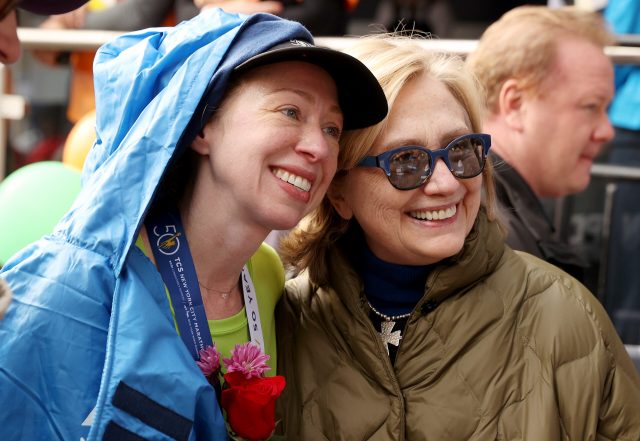 A real life version of “Home Alone in Russia” nearly starred Chelsea Clinton. Of course, Russia is anything but home for the First Family of the United States, making this potential drama much more dramatic than a movie.

Hillary Clinton and her daughter Chelsea made an appearance Tuesday on The Tonight Show starring Jimmy Fallon where they played a game that revealed the blunder.

Both Hillary and Chelsea took one turn each answering a question that Fallon had already asked the other to see if they would both give the same answer. When he asked Hillary Clinton, “What is your craziest family vacation memory?” Hillary answered by referring to her daughter, “I hope she doesn’t remember this because it’s pretty traumatic.”

Everyone was all ears as Hillary revealed, “We took her to Russia when we went on a state visit when Bill was president. There’s the formal goodbyes so Bill and I were ushered into the limousine to head to the airport not knowing that we had left her back.”

Jimmy Fallon and the audience had a shocked-with-laughter reaction. When it was her turn to answer, Chelsea confirmed that their craziest vacation mememory was, “When they left me in the Kremlin.”

Although a laughably unreal admission, the reveal comes on the heels of WNBA star Brittney Griner being detained and imprisoned in Russia for drug possession, though many speculate that Griner is being used as a pawn in a political game between American and Russia.

The truth is, however, that Bill Clinton had a good relationship with then-Russian President Boris Yeltsin, who even made Bill Clinton famously laugh uncontrollably in public when Yeltsin visited America in 1995. After the media claimed that Yeltsin’s visit would be a disaster, Yeltsin told the media that “YOU are the disaster.” Clinton, delighted to hear the insult, chuckled until he was near tears.

Perhaps nothing is funnier in the Yeltsin-Clinton relationship then when Yeltsin, in 1994, was so drunk late one night while staying in Washington D.C. that he ended up on the street in his underwear yelling for pizza. It’s to his fortune that the secret service quickly got to him while also getting him pizza, of course. The incident was detailed in Taylor Branch’s 2009 book The Clinton Tapes.

As for the Clintons visiting Russia, it happened five times during Bill Clinton’s presidency and it wasn’t made clear on which visit the Chelsea drop-off occurred, though all of the visits happened when Chelsea was a teenager.

After Jimmy Fallon’s stunned laughter at Hillary Clinton’s embarrassing claim, the former First Lady, who didn’t reveal the amount of time that Chelsea was left in what we assume was someone else’s care, added, “Can you imagine leaving my only child in the Kremlin?”

Yes, we can. We imagine that Yeltsin would’ve made sure that she was taken care of, and maybe even treated her to some pizza.