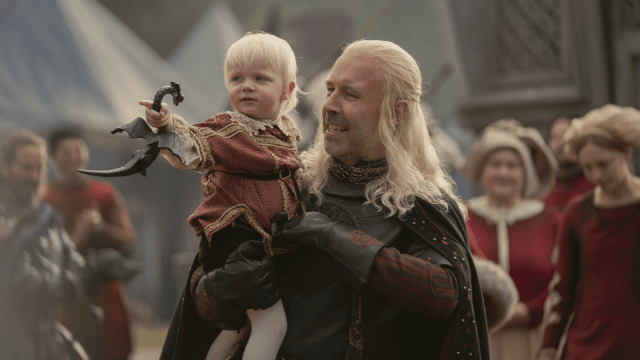 The HBO Max original House of the Dragon just aired its first season finale, completely overtaking the world of social media after a tumultuous finale. The Game of Thrones prequel has carried numerous lingering questions since its original series aired in 2011, one of which surrounds the one and only creator of the saga, George R.R. Martin.

As most fans are aware, the series is inspired by the events of Martin’s books. The events in the eight seasons of Game of Thrones correspond to the six first books, however, the show starts diverging from its original work from the fourth season onwards, leaving fans questioning exactly how involved Martin was as a consultant during the remainder of the seasons. As the season premiere of House of the Dragons got its release, inspired by the 2018 book Fire & Blood, more and more fans began wondering about the author’s involvement in the prequel, with their questions finally answered by the showrunner Ryan Condal.

“He was at the very beginning, way back when we had this tiny group of writers, none of whom worked on the show once we officially got picked up. So he was involved with that.” Condal told Deadline, “Generally it’s George and I in communication. I send him everything. I send him outlines, I send him scripts, I send him cuts, I send him text messages, I send him questions, Why did you do this? What does this mean? Who is this person? We stay in constant communication.”

As for Martin’s own reception of the questions, Condal guarantees that the author is “very active and reads a lot and gives a lot of feedback.” He adds, “other times he just sort of defers and says, go with the Gods.” Regardless, the showrunner makes sure to “keep him in constant contact with the materials so he can know what’s going on if he chooses to. But he is a very busy guy. It’s really hard for him to engage with us at the pace that we would need him to, to weigh in on every single little decision. The train is moving too fast. But he always knows what’s going on.”

Condal also shared that while Martin is always aware of what is happening, he doesn’t always agree with the calls being made on the show, highlighting the importance of communication.

HBO has already confirmed that a second season of House of the Dragon is on the cards. As for the first season, it can be found on HBO Max.