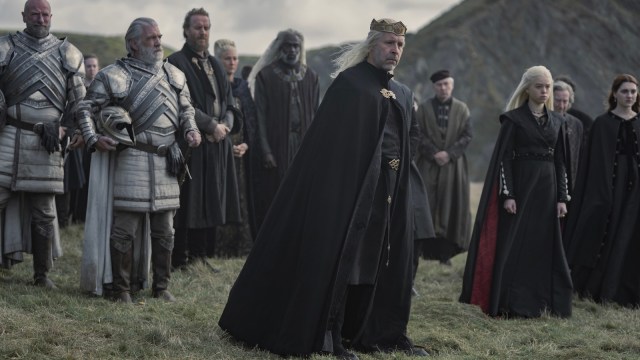 More staffing changes have taken place at HBO’s Game of Thrones prequel series House of the Dragon as news has broken that an executive producer on the show will not be returning after season one.

According to a report by Deadline, Jocelyn Diaz, who served as an executive producer for the show’s first season is not going to be coming back for season two. Sources who spoke to the outlet claim that Diaz’s contract was a one-year deal with an option to renew for a second, however, it appears that it will not be picked up.

Despite its massive success, there have been multiple leadership changes at the production since the first season began airing. At the end of August, it was announced that co-showrunner Miguel Sapochnik would be stepping down from his position. Sapochnik, who worked alongside Ryan Condal heading the show, will instead remain a part of the production as an executive producer for the show’s future seasons.

At the time of this change, the production bought on another executive producer, Game of Thrones alumnus Alan Taylor. Not only is Taylor serving as a producer, but he will also direct episodes of the show’s second season.

While there have been quite a few changes made during the airing of the show’s first six episodes, it continues to thrive as one of the most popular shows on TV right now. Fans can relax knowing that it has been renewed for a second season, but in the meantime, you can check out the first six episodes of House of the Dragon on HBO Max now.