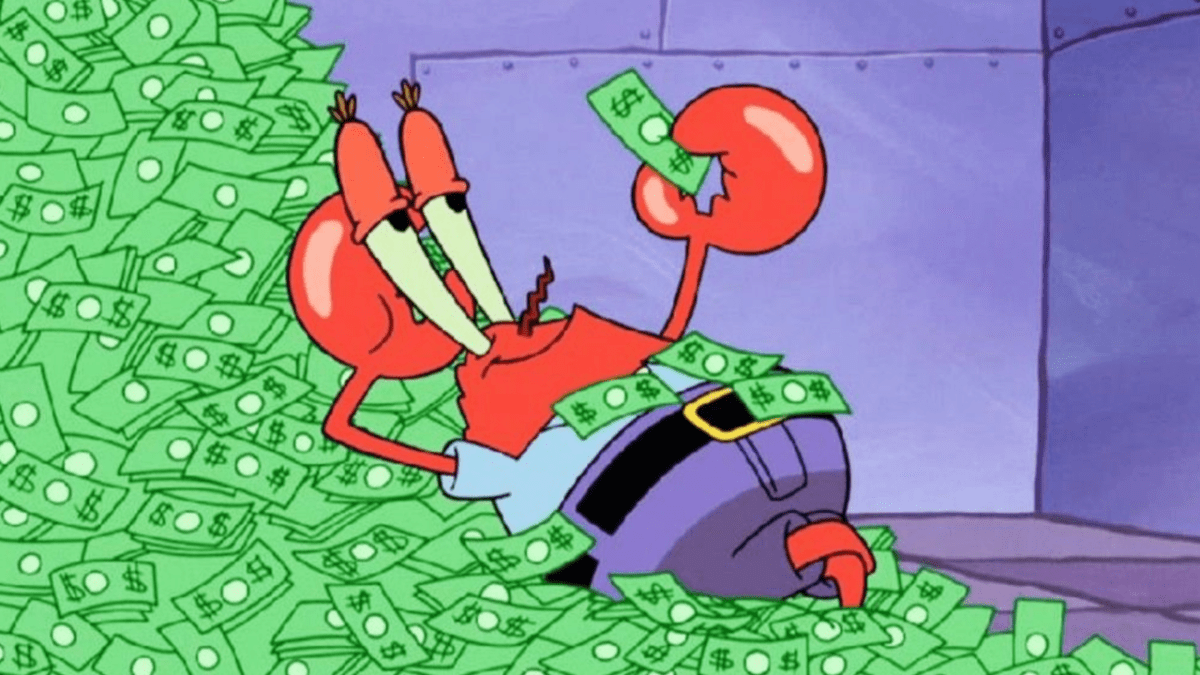 Whether you grew up loving the show or have only caught a few episodes, you can’t deny Spongebob Squarepants is a cultural phenomenon. Ever since the cartoon first aired on Nickelodeon back in 1999, viewers across the world have enjoyed watching the antics of their favorite sponge who lives in a pineapple under the sea.

A typical Spongebob episode will follow the titular sponge as he hangs out with his friends, annoys his neighbor Squidward, or works a shift at the local burger joint, the Krusty Krab. Sure, Spongebob gets into some shenanigans but it’s standard cartoon stuff, like creating an evil doodle or keeping the Krabby Patty formula a secret. So you can imagine our surprise when we first heard the rumor that Mr. Krabs died recently on the show.

Mr. Krabs, the owner of the Krusty Krab, isn’t the nicest crab under the sea, but could someone really want to kill him? Is Spongebob Squarepants really killing off beloved characters permanently? Let’s get to the bottom of this.

What episode does Mr. Krabs die in?

If you’re worried you missed an episode of Spongebob, don’t worry.  We couldn’t recall Mr. Krabs dying onscreen and we were right; the money-hungry crab does not die in any episodes of the show.

So why all the fuss in the first place? The rumor started after part of an 11-page document titled “The Trial of Spongebob Squarepants” started floating around the internet last year. The excerpt stated that Mr. Krabs had been found dead in the Krusty Krab and the listed evidence connected the death to Spongebob or Plankton.

The document is part of a classroom activity meant to teach students how to craft persuasive arguments using evidence to support their case. The trial, although wonderfully entertaining, is not official Spongebob material so fortunately, Mr. Krabs is indeed still alive in the show.

We’ve established that Mr. Krabs is alive and well in the show but for those still curious, this is how he dies in the “Trial of Spongebob Squarepants” document.

Squidward discovered Mr. Krabs body after he heard a scream in the Krusty Krab. The restaurant owner was found with a cut throat and a bloody metal spatula next to the body. The coroner confirmed that the cause of death was blood loss, but there was also evidence of blunt-force trauma on the back of his head. There were no signs of a break-in and both the cash register and the safe with the Krabby Patty secret formula were empty when police arrived.

Since students are intended to use the document to argue a case for Spongebob’s innocence or guilt in the trial for Krabs’ murder, there is no clear culprit. The evidence listed in the document could point to an accident as there was cooking grease near the crime scene so Krabs could have slipped. One could make a strong argument, however, that either Spongebob or Plankton (or even the two together) killed the greedy Krusty Krab boss. Spongebob was denied a raise shortly before Krabs’ death and Plankton obviously wanted the Krabby Patty secret formula so the two have motivation. The two have become even more suspicious after the murder since Plankton starts selling new burgers at his restaurant the Chum Bucket and pays off Spongebob’s house loan.

You can read the full document here and decide for yourself what happened to Mr. Krabs.