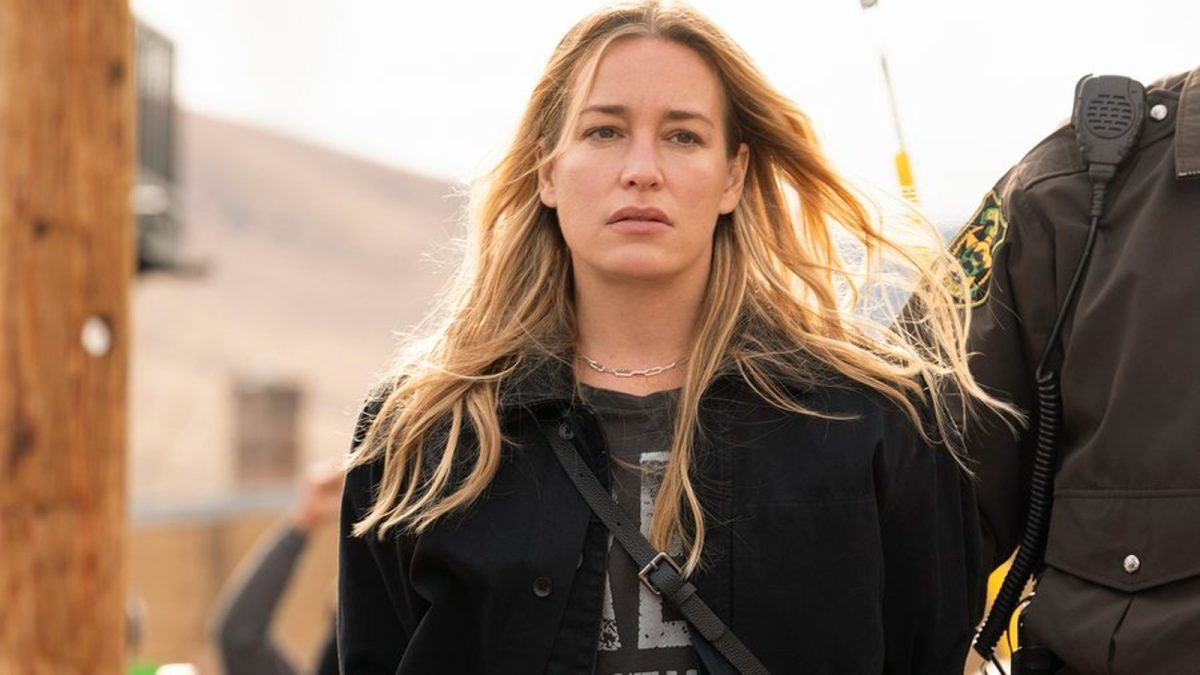 Yellowstone has a long list of memorable characters who’ve had a profound effect on the story, and in season three, Summer Higgins fit that bill. Piper Perabo plays Summer, the environmental activist who fervently fights for animals and the land, and now in season five, she’s got another battle on her hands.

Summer made her first appearance in season four, episode five, “A Blanket of Red.” Animal rights activists protested at the Livingston field office of the Livestock Association and Summer was the one leading the charge. After protestors were restrained, John Dutton (Kevin Costner) arrived and found out that she has a criminal record for her activism. From early on, she’s a pain in John’s cowboy boots and yet he’s fascinated by her.

The activists were protesting the police force that’s protecting industrialized animal farming and the mass murder of millions of animals, but she didn’t know the full story. John informed her that in many cases, vegetable farming leads to the death of many animals too, and calls out her hypocrisy for only caring about certain ones. Her heart is in the right place, but in this situation, she clearly didn’t have all the facts.

Her act of defiance puts her in jail and John bails her out. They soon begin a torrid affair that his daughter Beth Dutton (Kelley Reilly) is not too happy about. As a daddy’s girl and his protector, she doesn’t like anyone coming in and influencing him, but he reminds her that he makes his own decisions.

John and Summer stand on opposite sides of many issues, but they share strength in their convictions, which brings them closer. He respects those who stand up for what they believe in, even if he doesn’t necessarily agree with them, and a romance develops between them that has some substance.

In the season four finale, Summer is in prison and John’s working to make a deal to get her out of serving a lifetime sentence. She changes her plea to guilty for what she believes will be a fifteen-year suspension, but it becomes a sentence that will last over three decades. John, livid, marches into the judge’s office and he’s able to lessen the time to eight months.

In Yellowstone season five, John Dutton is the new governor of Montana and he’s not liking it one bit. He’s having to deal with more problems when all he’s concerned about is keeping his land safe from Market Equities, a giant firm trying to build an airport in the state. One of the major problems John has to fix is that wolves were killed on his land. The Yellowstone National Park wants answers and John’s usual methods won’t work this time.

John goes to his friend and master of all things politics, Lynelle Perry (Wendy Moniz), who has lunch with him and tells him that he’ll need someone who thinks like environmental organizations. After she tells him that he has the power to pardon his daughter Beth after she assaulted a woman in a bar, he comes up with a new plan.

John has Summer released from prison. He meets her outside of the building and tells her that he needs her help and invites her to stay at his ranch. She’s hesitant at first, and she ensures that he knows that they will only have a professional relationship (we’ll see how that goes), and they come to an agreement. Summer’s now living at the Dutton Ranch and she will be working for John to help him get out of this battle with Yellowstone National Park.

This decision is a sign that John is opening himself up to leading differently. The governorship has been a nuisance for him, and he hasn’t taken the role seriously enough, but John being open-minded enough to bring Summer back in is showing growth. John and Lynell have a flirtatious relationship this season, so it’ll be interesting to see if Summer puts a halt to the flame that’s been burning between them.

Lynelle tells him earlier in the season that if he wants to win, he’s going to have to play the game. This could mark the official start of John’s willingness to do what’s necessary to be a real leader. However, there’s a chance this could all backfire in his face. In the preview for the next episode, Beth warns John, saying, “You have invited your worst enemy to sleep in your bed,” and she could be right.