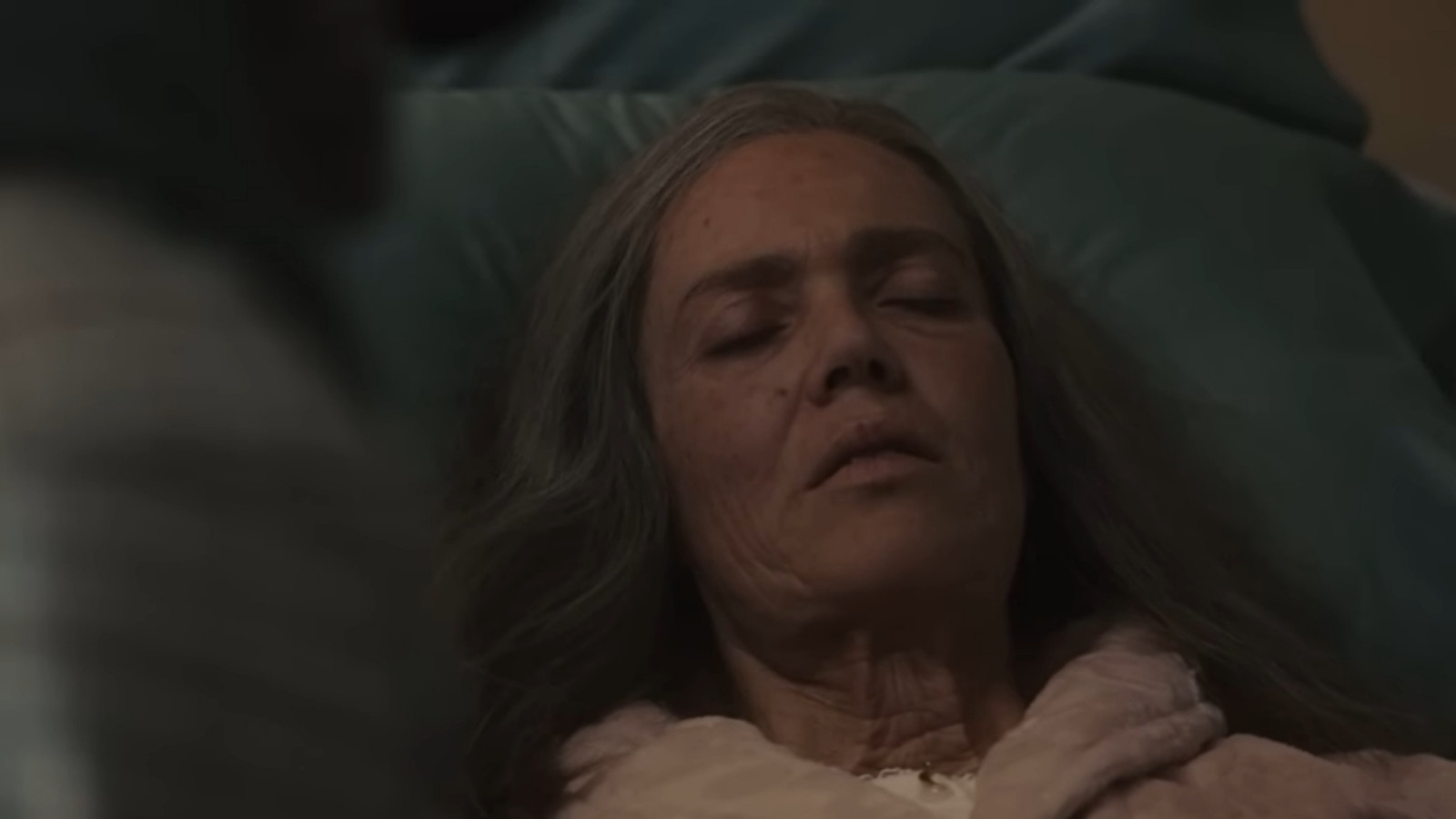 This Is Us has put its viewers through the wringer throughout its six season run. The NBC show stands out for its unique ability to create characters so fleshed-out it’s easy to forget they’re not real, and so everyone watching has been suffering and rejoicing alongside the Pearsons for six years now.

That sort of connection hits particularly hard when it’s time to say goodbye to a character, especially one as wildly loved and cherished as Mandy Moore’s Rebecca Pearson. That moment finally came with episode 17 of season six, titled “The Train”, the penultimate chapter of the entire show, where all the members of the ever-growing family tree gathered to bid farewell to the matriarch of This Is Us. But how did Rebecca die?

Not a lot of shows have the detailed and minute planning of This Is Us. Creator Dan Fogelman had the endgame of the show planned out before season one had even hit television screens, so story lines that are only being resolved now in season six, have been cooking long before. Rebecca’s fate was hinted at as early as season two.

Season six of This Is Us cemented Rebecca Pearson as the true epicenter of the family drama, as fans finally got to travel to (and stay in) the future of the show’s timeline, after seasons upon seasons of teasing it. The first glimpse of the far-out future, set around the year of 2034, took place in the season two finale. In episode 18 of the second season, “The Wedding”, Sterling K. Brown’s Randall visits an adult version of his daughter Tess and the two have an ominous exchange about visiting a woman, then only referred to as “her”. The mystery is egged on in the first episode of season three, with Randall calling Chris Sullivan’s Toby to convince him to come down and see this woman as well.

It’s only in episode nine of season three that the woman is revealed to actually be Rebecca, although it’s not until the end of that season that we finally get to see her and find out what had warranted such a premonitory build-up. In episode 18 of season three, Randall approaches a silent, bedridden, much older Rebecca, and introduces himself to her as her son, indicating she has lost most of her mental abilities.

As seasons three and four progress in the present timeline, the early stages of Rebecca’s illness seep through and by episode ten of the latter she is diagnosed with mild cognitive impairment. Five episodes later, when the family receives the results of an MRI scan, Rebecca is officially diagnosed with Alzheimer’s and it becomes clear that the Pearson family must face the challenge head on. However, the hard decisions that had to be made concerning Rebecca’s treatment almost drove an irreversible wedge between Justin Hartley’s Kevin and Randall.

Throughout season five we see Rebecca’s illness progress, at the same time as she assumes agency over her own future and the roles her children should play in it. In the first half of season six, just before her illness takes over completely, she sets ground rules for her care, leaving Jon Huertas’ Miguel and Chrissy Metz’ Kate in primary charge.

The Beginning Of The End

During the final leg of the show, time starts moving remarkably fast with This Is Us officially leaving the present time behind and moving five years into the future in episode 12 of season six, “Katoby”. Using Kate and Toby’s collapsing marriage through the years as the vehicle, the narrative arrives closer than ever before to the 2034 future timeline that had been teased for the previous four seasons. And with it, the bittersweet realization that the beloved family drama would soon come to an end.

A five year older Rebecca is evidently more disoriented and less independent. With her Alzheimer’s becoming more severe, Rebecca starts mistaking Kevin for Milo Ventimiglia’s Jack (Kevin’s late father and Rebecca’s first husband), among other mishaps. However, one of the most beautiful moments of the season comes through Rebecca’s ever present passion for music and, despite her advanced condition, she manages to sing and play the piano at Kate’s second wedding. The song Rebecca plays, titled “Forever Now”, samples This Is Us’ official score, extending on its closing theme and thus establishing this character as both the conductor and the anchor of the show’s narrative. “’Cause I get this moment with you forever now,” she sings as a message to her family and every This Is Us fan that these are her very last moments of extended clarity.

Time fast-forwards once more in episodes 15 and 16, taking viewers through the late stages of Rebecca’s illness at a quick pace. In the former, she has to say goodbye to Miguel which, considering his pivotal role as her primary caretaker and companion for the previous few decades, is a great blow to her already fragile state. In the latter episode, Kate, Kevin and Randall are forced to make a decision on Rebecca’s living condition now Miguel is gone, and the last few minutes finally take the story all the way to 2034, as Kevin, who is now permanently living with his mom, calls his brother saying it is time to come say goodbye.

Rebecca Pearson peacefully passes away in her sleep at the end of episode 17 of season six of This Is Us — “The Train” — from complications related to a prolonged battle with Alzheimer’s. The painfully emotional episode serves as an homage to Rebecca’s life, using a dream sequence on a train to symbolize her journey. Riddled with Easter eggs and references to fan-favorite moments across the seasons, as well as cameos from some of the most impactful people that crossed paths with the show’s true protagonist, the final chapter of Rebecca’s life doubles as a trip down memory lane for fans.

The different goodbye messages from her family, who all gathered at the house Kevin built for his mom from his dad’s drawing, are heard by Rebecca inside the train. As she makes her way to the caboose, which will serve as her ultimate destination, she insists she is waiting for someone and won’t cross until they’re there. It turns out, her daughter Kate was trying to make it to the house in time to say goodbye, after flying from England. When Kate finally arrives and The Big Three say their goodbyes, Rebecca is ready to let go, and, in the caboose, finally lies down in a bed where the love of her life Jack had been resting, waiting for her. “The Train” ends with Rebecca and Jack greeting each other, reunited at last.

Rebecca’s journey with Alzheimer’s was handled with incredible care by the This Is Us writers, with its evolution spanning a total of three seasons, and building bit by bit. Mandy Moore’s astounding performance throughout the show’s run, where she played versions of Rebecca from her teens all the way through to her death in her 80s, is deservedly attracting Emmy attention in what would be her only win for her portrayal of Rebecca Pearson.

Sterling K. Brown – the only This Is Us actor to have won an Emmy for his work on the show in a lead category – took to Instagram to urge members to vote for his on-screen mother. The actor, who plays Randall Pearson, raved about “the beautifully subtle nuanced work and the portrayal of someone going through what [Moore’s] character’s going through”, saying “it’s just exquisite.”

The final episode of This Is Us airs Tuesday, May 24.