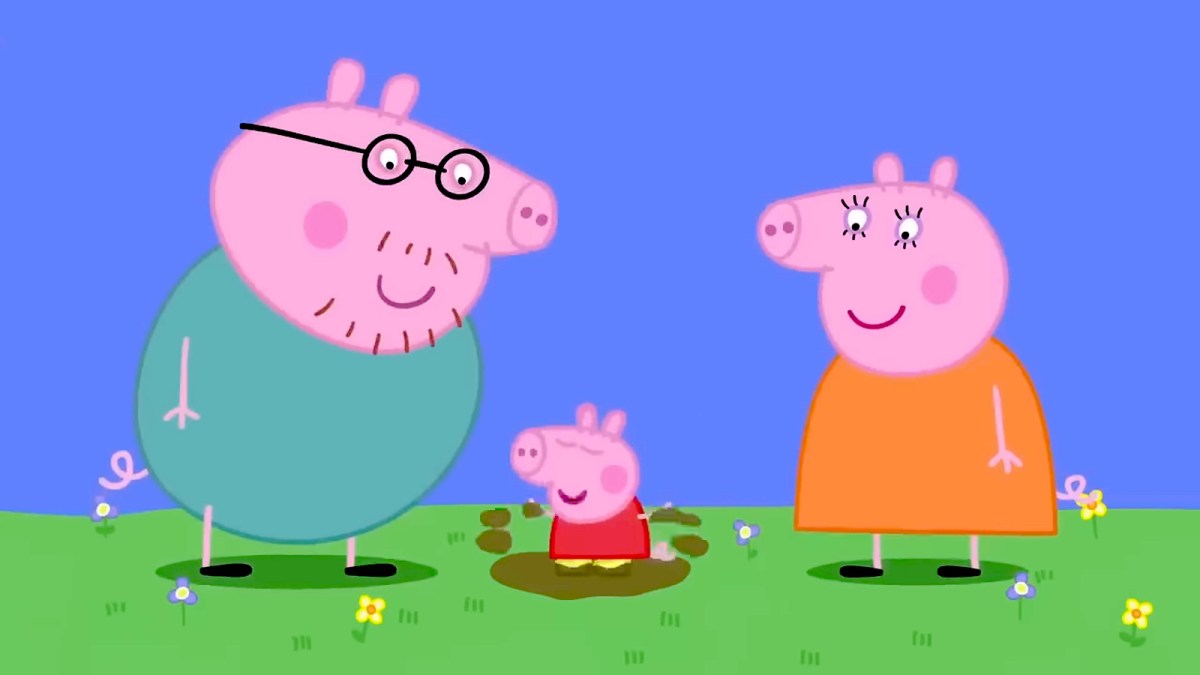 Image via Entertainment One

Peppa Pig is a beloved children’s franchise. The small pig and her family are nearly omnipresent in the preschool media space. The show has spawned countless spin-offs, including books, movies, toys, and theme parks. But a common question many people ask is just how tall are Peppa and the rest of her clan?

This question is made even more fascinating because it is at the center of a very strange meme. Here is everything you need to know.

Why are people confused about Peppa Pig’s height?

Peppa Pig’s height is at the center of a popular viral post. In 2019, Twitter user @Memeulous posted a Tweet, which was captioned “this is terrifying,” and it featured a screenshot that showed Google declaring Peppa to be 7 feet and 1 inch tall. For context, this means that Peppa Pig is about the same height as basketball legend Shaquille O’Neal.

People quickly flooded to Google to see if the screenshot was real. Causing a massive spike in searches for the term. And this led to the idea of super-tall Peppa going viral, with many people making memes riffing on the concept.

Many internet users quickly took this information and extrapolated it to work out the height of the rest of Peppa’s family. This led to equally viral Tweets that declared that Daddy Pig was 14 feet 2 inches tall, and Mummy Pig was 11 feet 6 inches tall. The same users also deduced that George, Peppa’s younger brother, was 4 feet, 5 inches tall. Meaning this whole family would be first-round NBA draft picks.

How tall is Peppa Pig actually?

Thankfully, the website for Peppa Pig World, a Peppa Pig theme park found in the UK, has pages profiling each of Peppa Pig’s main characters. The page for Peppa says she is a much more normal 3 feet and 9 inches tall.

Amusingly, this page comments on the viral trend, noting that:

However, as per Google and Twitter, the star of one of the most loved British animated children’s TV series was believed to be 7’1” (7 feet 1 inch) tall.

Showing that this meme has become widespread enough to warrant an official response on an official channel.

How tall is the rest of the Pig family?

The Peppa Pig World website also has pages profiling the rest of the Pig family. According to this website, Mummy Pig is “most likely to be a 5’9”.”

Daddy Pig’s profile says that the patriarch is “most likely to be a 6’6”. The Peppa Pig World website also throws in a highly unexpected meme reference. It once again notes the meme about Daddy Pig being a giant and then says: “Daddy Pig is quite a unit!” Though it is clear that whoever wrote the profiles was having fun with the idea, as when describing Daddy Pig’s job, the writer comments “he is either a structural engineer or an architect, or perhaps like Mr. Ben; a fantasist.”

This park’s site also lists George Pig’s height, saying he is a much more normal 2’5″. Interestingly, George’s page is the only one that doesn’t list the height meme.