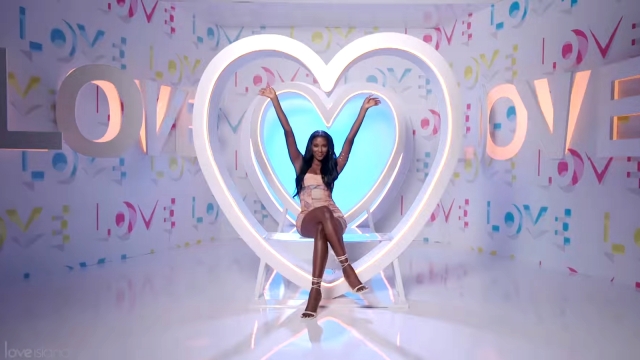 A new season of Love Island USA has arrived with promises to be hotter than ever before. Sexier and naughtier challenges are on the horizon for 10 new islanders as they enter a brand new villa in the hopes of finding their perfect match and walking home with a cash prize of $100,000.

The dating reality show follows 10 incredibly attractive contestants — known as islanders — as they compete for each other’s affection, try to win over the hearts of at-home audiences, and attempt to crush the many challenges thrown their way. On day one, the islanders must couple up with who they’re most drawn to, but as the season goes by, they must “recouple” with other contestants — or stick with the one they have — and anyone who remains single after the coupling is at risk of being tossed off the island for good.

The dating reality show saw instant success when it first premiered in the U.S. in 2019. The franchise originated in the United Kingdom in 2005 as Celebrity Love Island and then in 2015 morphed into the Love Island we know today. Since then several international spin-offs have been inducted into the franchise, including the wildly popular Love Island USA.

This season, Sarah Hyland will join the show as the competition’s newest host, replacing Arielle Vandenberg who hosted the first three seasons on CBS. Fans of Modern Family will recognize Hyland as the one and only Haley Dunphy.

Because Love Island has grown into an absolute pop culture phenomenon with millions of viewers every week, there’s more anticipation than ever surrounding season four, especially now that the show has moved over to Peacock. That’s right; you can expect more freedom from the islanders to truly let their hair down. So, here’s everything you need to know about how to tune in.

How to watch season 4 of Love Island USA – Is it free to stream?

As of 2022, Love Island USA was officially picked up by NBC’s streaming platform Peacock. The show saw three successful seasons on CBS, but now that Peacock is taking over, you can expect more freedom from the contestants and a much closer mirror to the wildness of its UK counterpart.

On the other side of that very exciting coin is that Love Island USA will require a subscription to Peacock in order to watch. A Premium subscription costs $4.99 a month and comes with ads, but if you want to go ad-free, it’s best to choose the Premium Plus tier for $9.99. Unfortunately, Peacock does not offer a free trial.

Love Island USA season four officially premieres on July 19, 2022. New episodes will release every Tuesday through Sunday at 8pm ET. Yes, you read that correctly. Six episodes will air every week between Tuesday and Sunday. So, get your cocktails ready because this season is going to be like no other season we’ve seen before.