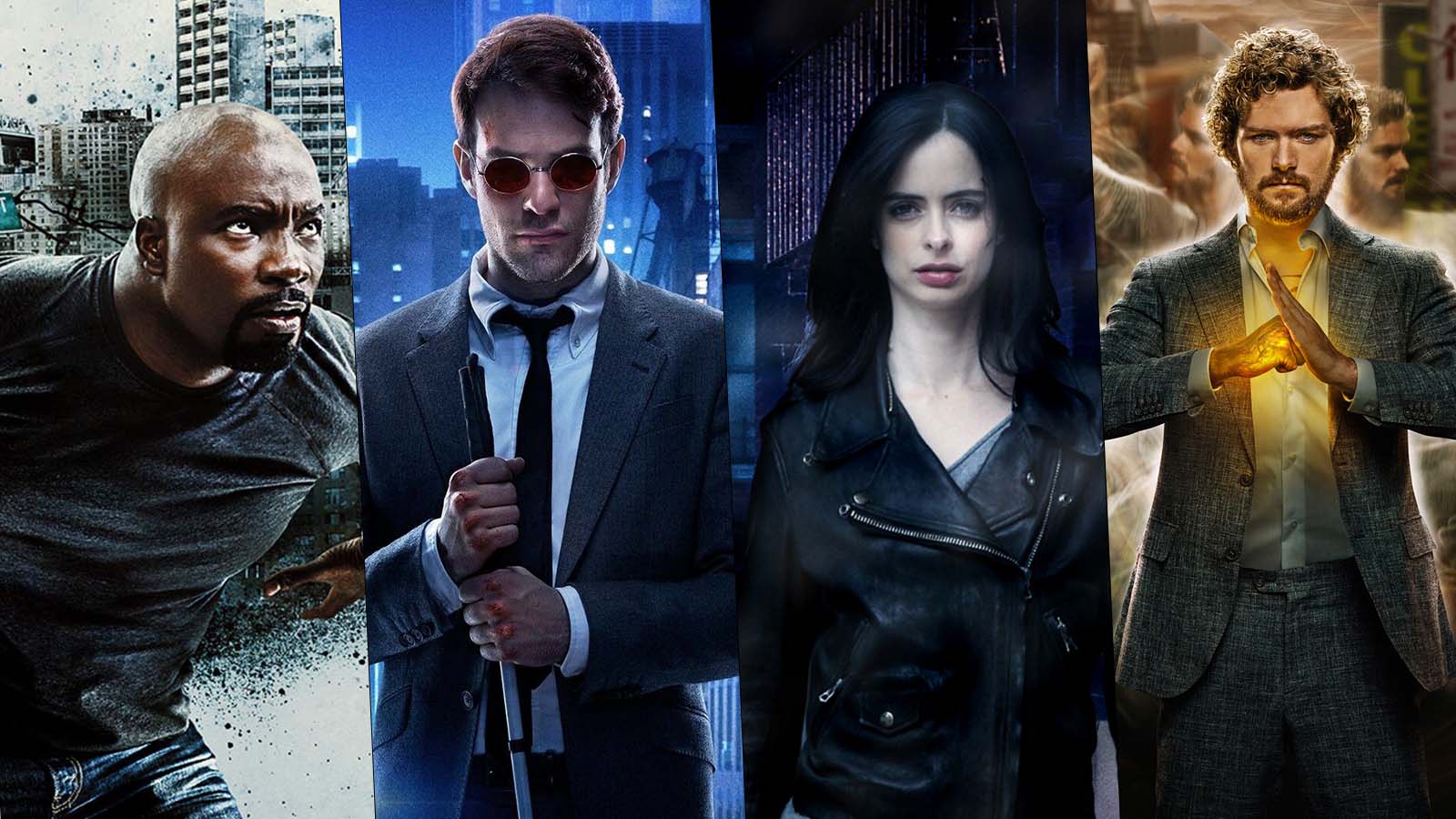 It’s official! Daredevil and the rest of the Defenders Saga TV series are now streaming on Disney Plus. Although they were produced as Netflix Originals, the Marvel shows were removed from that platform at the end of February and hopped over to their new permanent home on D+ this March 16. So this is the perfect time for any MCU fans who’ve yet to experience this shared franchise of street-level superheroes to put that right. But what’s the best way to go about watching them?

The Defenders Saga — as it’s been officially rebranded by Disney — consists of a whopping 13 seasons of TV, comprising five different TV series and one miniseries. While you can simply watch one show on its own or even just complete one series and then move on to the next one, the most rewarding way to do it is to view them in chronological order — just as you would the MCU movies.

So what is that order? Read on to find out the right way to dive into the Defenders Saga.

Daredevil season one introduces Matt Murdock (Charlie Cox), a blind attorney who secretly possesses superhuman senses. Armed with these abilities and his martial arts training, Murdock moonlights as a vigilante to protect his hometown of Hell’s Kitchen from the sinister machinations of brutal crime boss Wilson Fisk (Vincent D’Onofrio).

With her super-strength and agility, Jessica Jones (Krysten Ritter) could be a costumed crimefighter, but her acerbic, cynical personality means she’s better suited to her profession as a private eye. But Jessica will have to play hero in order to bring down serial rapist, the mind-controlling Kilgrave (David Tennant).

In Daredevil season two, Matt Murdock must deal with two new curveballs in his life — the merciless Frank Castle (Jon Bernthal), who is cutting a swathe through New York’s criminal underworld, and his wild-hearted former flame Elektra Natchios (Elodie Yung), who also happens to be a ninja.

Following on from his introduction in Jessica Jones, Luke Cage (Mike Colter) relocates to Harlem and uses his bulletproof skin and super-strength to protect the people and tussle with powerful mobsters Cottonmouth (Mahershala Ali), Black Mariah (Alfre Woodard), and Diamondback (Erik LaRay Harvey).

Billionaire heir Danny Rand (Finn Jones) returns to New York after going missing in a plane crash over the Himalayas as a child. In the meantime, he’s been living in the mystical city of K’un-Lun and has achieved the mantle of Immortal Iron Fist, the sworn enemy of ancient evil ninja clan, the Hand.

Daredevil, Luke Cage, Jessica Jones, and Iron Fist — plus their various allies, including Claire Temple (Rosario Dawson), Colleen Wing (Jessica Henwick), and Misty Knight (Simone Missick) — must join forces when the Hand launches a scheme that could spell the end of New York.

The Punisher (Season One)

Kilgrave may be gone, but Jessica’s troubles are far from over. As well as dealing with her PTSD from executing her tormentor, Jess learns the truth behind IGH, the organization that gave her powers, along with the shocking fate of her presumed dead mother (Janet McTeer).

The Hero of Harlem is back, once again battling Mariah and her number two, Shades (Theo Rossi), as well as Bushmaster (Mustafa Shakir), who’s taken Diamondback’s spot at the top of the food chain. But for how long can Luke fight the darkness before it starts to consume him?

With K’un-Lun cut off from this dimension, Danny must make New York his permanent home — and defend it from his old rival, Davos/Steel Serpent (Sacha Dhawan), and his new ally, serial killer Typhoid Mary (Alice Eve), who suffers from Dissociative Identity Disorder.

The Kingpin is free, and he’s determined to ruin the life of his devil-horned nemesis. When Fisk frames him, with the help of disturbed crack-shot assassin Benjamin Pointdexter/Bullseye (Wilson Bethel), Matt Murdock must become the Man in Black again in order to clear his name and save his city.

Jessica Jones faces her most devastating case yet when the hunt for sadistic murderer Gregory Salinger/Foolkiller (Jeremy Bobb) turns into a battle to save the soul of her troubled sister, Trish Walker (Rachael Taylor). Elsewhere, the super-sleuth butts heads once more with sometime-ally/sometime-enemy lawyer Jeri Hogarth (Carrie-Anne Moss).

You can find the entirety of the Defenders Saga on Disney Plus now.