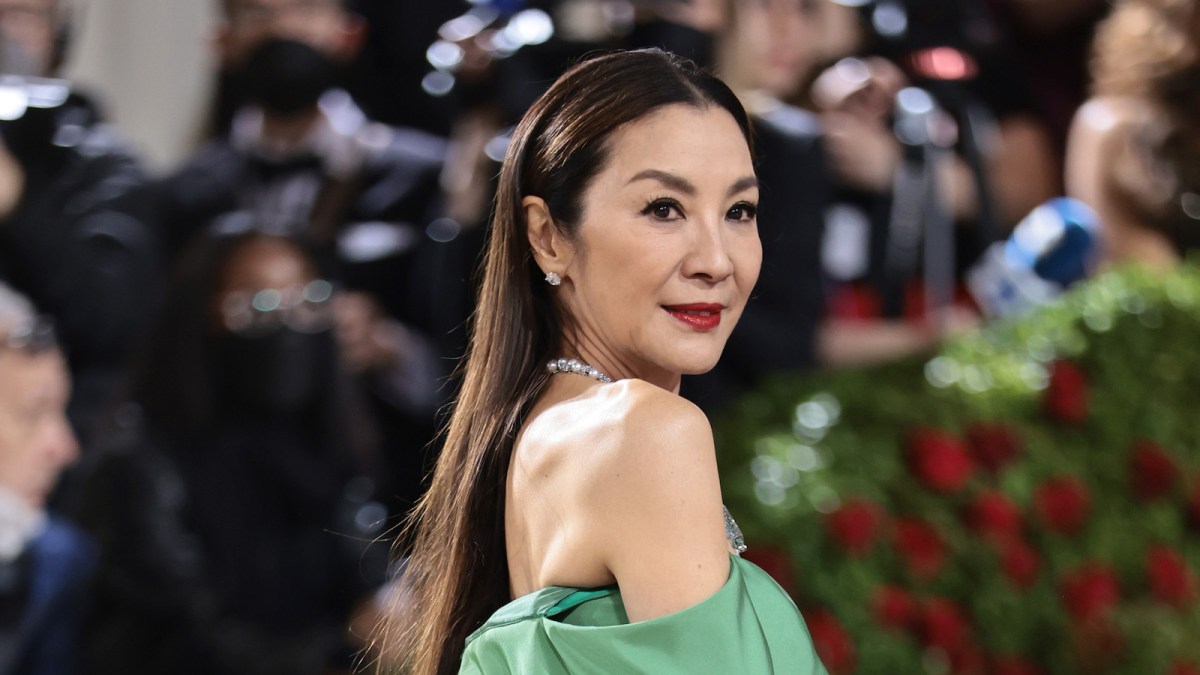 Yeoh starred in the critically acclaimed multiversal extravaganza Everything Everywhere All At Once and was recently named 2022’s Icon of the Year, making this a banner year for the talent.

In a report from Variety, Yeoh will play Madame Morrible, the headmistress of Crage Hall at Shiz University. Madame Morrible is an overtly-villainous character in the story about looking beyond the surface and into one’s heart. There’s not much good in her since she is a master manipulator, but it’ll be incredibly enjoyable to witness Yeoh unleash her wicked side.

The real Yeoh is much more accommodating, and following the announcement, director Jon M. Chu wrote that a tweet is what convinced the iconic actress to join Wicked. This marks their second time working together, as Yeoh also starred in the history-making comedy Crazy Rich Asians directed by Chu.

It was announced in April of 2022 that the movie would be split into two parts, because there was just too much content to cut out if it only remained one. In an interview with the Schwartz Scene newsletter, Wicked composer and lyricist Stephen Schwartz said that although they attempted to fit it all into one, it just couldn’t be done.

The good news about having two movies is that there will be more room to explore the characters, which could mean that Ms. Morrible will have more dimensions added to her. “We decided to give ourselves a bigger canvas and make not just one ‘Wicked’ movie but two,” Chu wrote in a statement at the time of the two-part announcement. “With more space, we can tell the story of Wicked as it was meant to be told while bringing even more depth and surprise to the journeys for these beloved characters.”

Bridgerton actor Jonathan Bailey has been confirmed as Fiyero in Wicked, and Chu shared via Twitter that he’s perfect for the role and how excited he is that this is happening. Fiyero, an Arjiki Prince from the Vinkus who also attends Shiz University, is also Elphaba’s love interest, which causes some drama between the two witches.