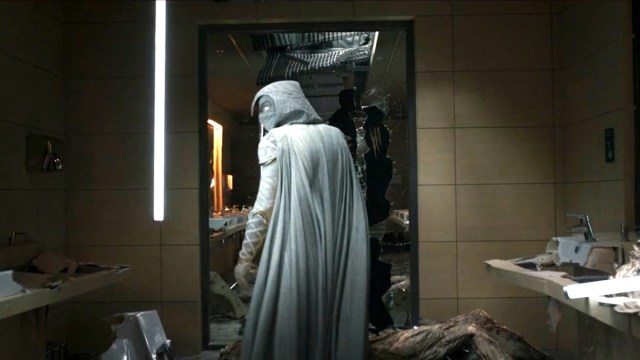 Marvel might have chosen seasoned veteran actor Ethan Hawke to play the big bad in the first season of Moon Knight, but if it wants to go in a new direction, newly emerging indie actor Dana Abraham is willing to throw his hat into the ring. The actor recently revealed that his first choice for a role in the MCU would be the jackal-headed Egyptian god of death, Anubis.

Abraham recently talked with theiluminerdi.com about his new indie horror thriller Neon Lights and the conversation strayed heavily into superheroes and superhero movies. Abraham revealed that Heath ledger’s portrayal of The Joker in 2008’s The Dark Knight was formative to his own journey as an actor. He also brought up the late Chadwick Boseman as an influence in his life.

“Chadwick Boseman, I’m really inspired by so many different individuals’ characters. Batman’s this childhood dream of mine, but I really just read Anubis the other day. I’m really inspired by the Egyptian culture. I read The Alchemist in 2014. That led me to Egypt the following year to find my treasure. I watched Will Smith talk about The Alchemist on Oprah, and so that kind of led me to acting.”

When it comes to Egyptian culture, no Marvel offering can come close to the points of reference in Moon Knight. Hawke was an avatar of the demon Ammit, while Moon Knight is bound to Khonshu, the Marvel version of the Egyptian moon god Khonsu. Anubis did not appear in season one of the series, but he has appeared in Marvel comics in the past, fighting Daimon Hellstrom, AKA Son of Satan, and, later, Moon Knight himself. That might make him a perfect candidate for a follow-up season.

“The Egyptian culture has been a big influence in my life,” Abraham went on to tell the site. “I read Anubis, the God of Death, and I don’t know what that tells anybody about me, all this death, thriller, and things around me, but I just would love Marvel to adapt that, and I’ll play that any day.”

We’re sure Moon Knight fans would agree, especially if it gets them a second season of the hit Disney Plus show.