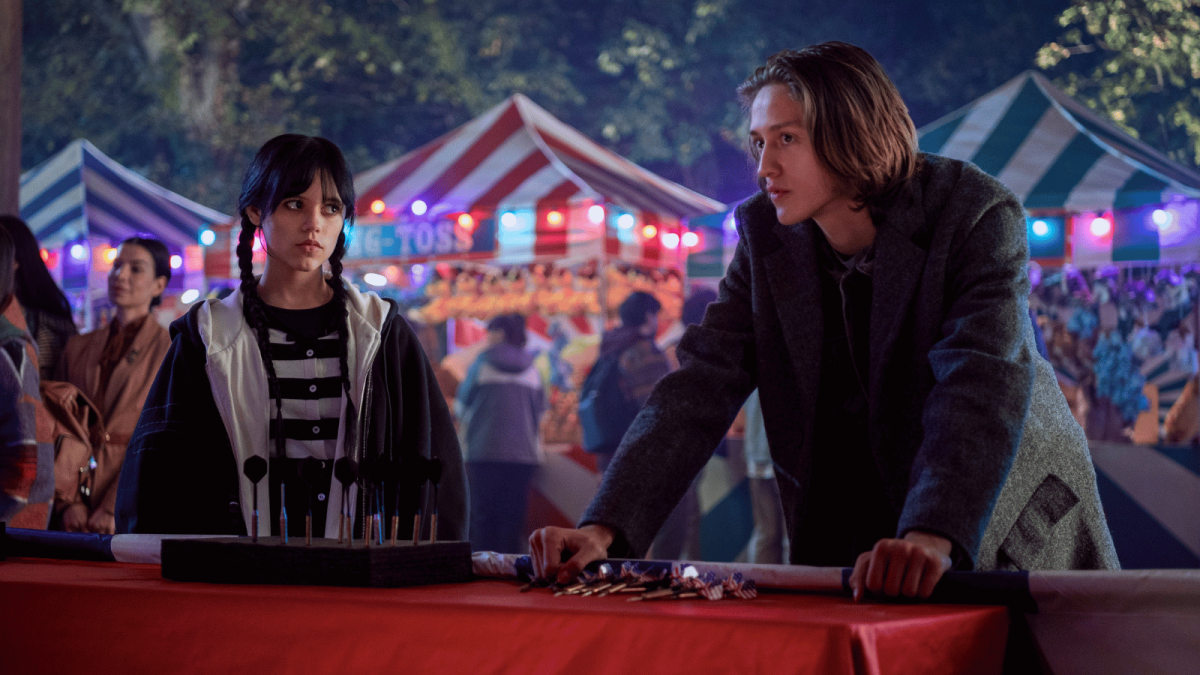 Everyone’s latest favorite sullen, macabre, and somehow lovable goth girl Wednesday turned out to have something of a heart after all, but many would argue that she picked the wrong guy and should’ve gone for the artistic yet somehow jock-ish Xavier instead of Tyler.

Well, you can put down your fanfiction pens because you can ship the pair in another way, so long as you reconcile some headcanon about the couple being together on a different plane of existence, as different people.

Wednesday and Xavier’s respective actors, Jenna Ortega and Percy Hynes White will be reuniting onscreen for a romantic drama titled Winter Spring Summer or Fall. We knew this movie was in the works, but a few new details have since come to light about the film.

According to Deadline, Winter Spring Summer or Fall is about a teen couple who fall in love over four pivotal days over the course of a year. The film comes from the directorial mind of Tiffany Paulsen, marking her feature debut, however she has previously worked on Holidate for Netflix. It is being produced by the Motion Picture Corporation of America.

While no release date for the film has been set just yet, it should come around in the not-too-distant future, given that Paulsen shared a behind-the-scenes photo of the film on Instagram several months ago.

As for what we can see series star Jenna Ortega next, she will be starring in the next installment of a long-running slasher film franchise, Scream VI, out March 10, 2023.