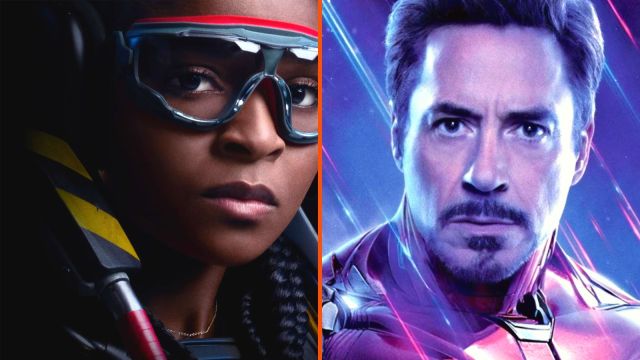 Dominique Thorne is winning hearts all over the Marvel Cinematic Universe fandom with her stint as Riri Williams in Black Panther: Wakanda Forever. Gearing up for her solo Disney Plus show, the star has started teasing what fans can expect from her character, especially when it comes to her connection to Tony Stark.

“I do think in Riri’s creation of this suit, or pursuing a build like that, I think that there’s an inherent acknowledgment of what Tony Stark did by creating this suit of armor,” the 25 year-old actress told ComicBook.com.

In Marvel Comics, Riri is a teenage tech genius inspired by Iron Man to create her own armor, taking up the moniker of Ironheart. In Wakanda Forever, however, the character is already in college, and the only connection established between her and Tony so far was a reference to Riri emulating Stark tech to build her own inventions. Thorne was naturally vague in her explanation, given Marvel Studios’ infamous no-spoiler policy.

In the comics, Riri is considered a legacy character thanks to her close bond with Tony as her mentor. Although Wakanda Forever gave fans a pretty good introduction to the character, it also raised just as many questions about how faithful her screen adaption will be to the comic book source material going forward.

The 25-year-old actress clarified that the MCU version of Riri and her original comic book form are “definitely similar”, but also “definitely two independent expressions of this beautiful mind.”

As for the rest of the details, Thorne says fans will have to wait until Ironheart premieres on Disney Plus in late 2023 to get all the answers.