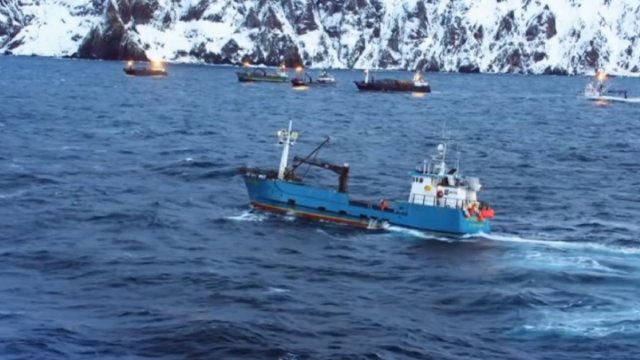 In short, not much will change, as it seems that Deadliest Catch will avoid the catching of snow and king crabs in the upcoming 19th season of the series, and as Deadline reports, they will catch “Golden King Crab, Bairdi and Cod” which are a more sustainable species than the aforementioned crabs. The series is currently airing on Discovery, where it is in its 18th season and filming for its 19th will not be disrupted by the Department of Fish and Game.

Of course, as is the case with most sea life, the population of crabs in the Bering Sea is most likely dwindling because of climate change. But the population did take a dive amid the global pandemic. However, it could be a bad sign for things to come if the other crabs decline in their numbers as well. If that occurs the worst thing to come from it would not be the cancelation or relocation of Discovery’s hit show.

Of course, the series does have spinoffs, with the most recent one, Deadliest Catch: The Viking Returns, filming in Norway. They could always relocate the original series if the situation becomes direr than it is right now. But as of writing the 19th season of Deadliest Catch is expected to release in 2023 on Discovery.