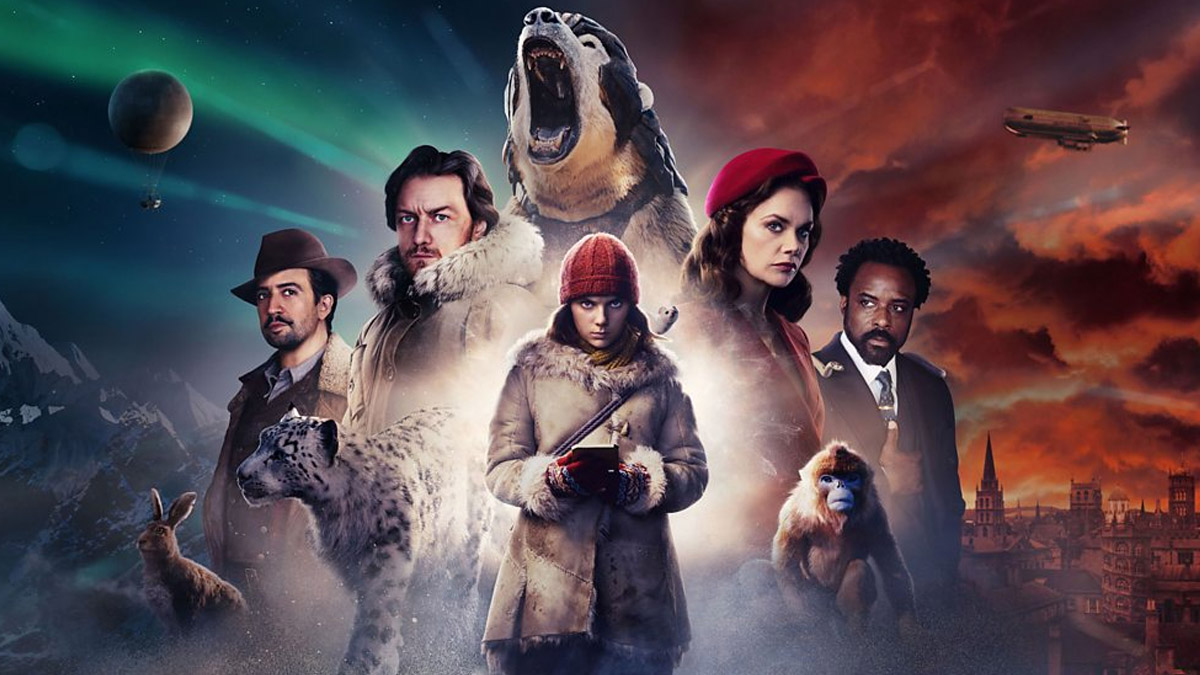 If you’ve seen the His Dark Materials, the story may seem familiar, or at least the first season. The smash-hit BBC/HBO co-production produced between 2019 and 2022 finally brings to screen the complete sequence of Philip Pullman’s award-winning book trilogy.

His Dark Materials was a publishing sensation when it was released between 1995 and 2000. The three volumes, Northern lights, The Subtle Knife, and The Amber Spyglass, weave a challenging, emotional, and imaginative fantasy series. As the central characters are children, it’s often described as young adult fiction, although Pullman famously wrote it with no particular audience in mind, and it has proved popular across all age groups.

Unsurprisingly, the 17.5 million-selling series has been adapted for TV, radio, and theater. Hollywood has also come calling, hoping to capture some of the books’ powerful ‘Dust.’

Is His Dark Materials the same as The Golden Compass?

The Golden Compass is an alternative name for the first third of the trilogy, also known as Northern Lights, and used as the title of the 2007 Hollywood adaptation.

The title wasn’t changed for the movie, however. The Golden Compass was the prospective name for the trilogy in Pullman’s native Britain before the first volume was published. The author took the phrase from John Milton’s 17th-century poem Paradise Lost, referring to the compass God used to encircle all creation.

The name stuck in most of the world. The UK and Australia are familiar with the first book as Northern Lights, but U.S. publisher Knopf mistakenly picked up The Golden Compass as a reference to the alethiometer that protagonist Lyra masters during the first volume. They became attached to the phrase, and naturally, the movie adaptation from American production company New Line Cinema, a film label of Warner Bros. Pictures, used it too.

On the page, the plots of Northern lights and The Golden Compass are identical and they generally follow the same beats on the screen, too. Although there are significant departures — the final three chapters were removed from the film script to be included in an intended sequel.

Heading to the Northern Lights

The first book of His Dark Materials builds Lyra’s world, one familiar but different to ours. The skies are full of airships, and every human is accompanied by a daemon — an anthropomorphic animal symbiotically linked to a person and most commonly understood to be their soul and conscience. Lyra is the series’ main protagonist, along with her daemon Pantalaimon (who has not yet settled on an animal form due to their age). Lyra leaves the sleeping spires of Oxford on a dangerous quest to uncover why children are going missing, taking with her an alethiometer, which she can inexplicably read to discern the truth and divine the future. But Lyra faces tough opposition. Her world is held in an iron grip by the far-reaching church, the Magisterium , which punishes heresy and is determined to stop whatever Lyra’s semi-estranged father, Lord Asriel, is planning as it could not only bring down the church but challenge the authority of creation itself. In all, it’s a magical tale where Lyra encounters witches, talking armored bears, and, naturally, parallel worlds, alongside adventure and gut-wrenching emotion.

In the early 2000s, Pullman’s compelling books were irresistible to readers and movie studios. The Harry Potter film sequence was doing major business for Warner Bros. Pictures after the release of The Sorcerer’s Stone in 2001. Every studio was looking for new young adult fantasy properties that could capture the same lightning. New Line snapped up the rights to Pullman’s trilogy in early 2002, on the back of their great success with The Lord of the Rings: The Fellowship of the Ring (also released in 2001).

Aside from the returns, His Dark Materials also posed a significant challenge for studios that would have only grown along with the trilogy. The heavy religious criticism in Pullman’s books became more euphemistic on screen, and the Magisterium was shown as a more generic authoritarian threat than the direct analog of the Roman Catholic church Pullman put to page.

His Dark Materials is effectively a restaging and continuation of the first Biblical rebellion, as documented in Milton’s Paradise Lost. That blank verse poem was controversial for portraying chief rebel Lucifer as a three-dimensional figure as wella s its general criticism of monarchy and authority. Asriel’s war against religious authority, uncovered throughout the sequence, is difficult sell for a sizable part of the YA audience. In watering it down, Weitz and the production team risked losing the power of the story and angering the built-in reader fanbase.

It’s likely the adaptation did affect one hierarchy, as New Line Cinema subsequently merged into Warner Bros. Pictures, ceasing to operate as an independent studio in 2008. The decision is often credited to The Golden Compass’ poor U.S. performance.

There’s also one direct link to the Harry Potter series, although it isn’t much consolation to fans of the incomplete His Dark Materials movie sequence. The first Harry Potter book underwent a similar name change when it was published in the U.S. Known as Harry Potter and the Philosopher’s Stone in most of the World, the American, Indian, and Philippines markets know it as Harry Potter and the Sorcerer’s Stone. Unlike the Potter-switch, the use of The Golden Compass is a little more apt as it means each of His Dark Materials’ volumes are named after hand-held objects.

As it happened in 2007, the compass of the title drafted a live-action circle much smaller than many hoped. Fortunately, the BBC/HBO series successfully gathered up the Dust a decade later.