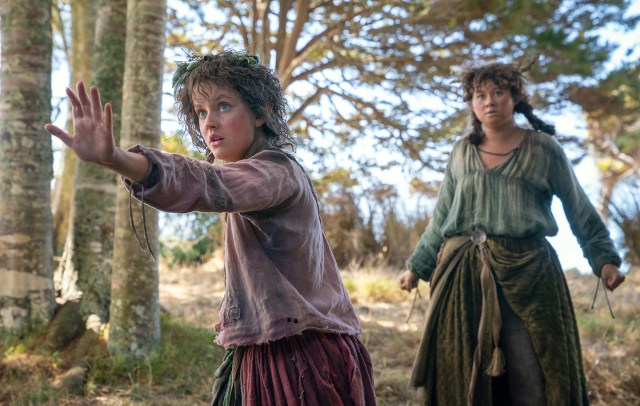 Despite not doing anything of significance until the Third Age, Hobbits — or rather, their Harfoot ancestors — are once again showing up in Middle-earth through Amazon’s The Lord of the Rings: The Rings of Power. One of these characters is called Elanor Brandyfoot, and due to the similarity between her name and that of the Brandybuck clan, a lot of fans have been wondering if this newcomer is the ancestor of our own Master Meriadoc, a member of the Fellowship.

Where The Rings of Power strides is a path riddled with controversy, if for nothing besides the fact that Tolkien enthusiasts are some of the most ardent gatekeepers in the world of fandoms. Details about the Second Age of Middle-earth are scant as it is, which means that the producers have had to come up with most of the narrative. The inclusion of Harfoots, whether as bystanders or actual participants in this conflict, is one such conscious creative choice to fill the void of Tolkien’s insufficient source material when it comes to the Second Age.

Most of what we do know about that period comes courtesy of the Unfinished Tales book, but Amazon doesn’t even have access to that. All they can draw on is the appendices to The Lord of the Rings, but luckily for the crew, Tolkien mentions the Hobbit ancestors in between those index pages. Which brings us to our first question; who is Elanor Brandyfoot?

Scouring the pages of Tolkien’s legendarium, it seems that there’s never a mention of a clan of Hobbits known as Brandyfoots, meaning that Elanor Brandyfoot and all the members of her family are Amazon’s invention. But since the author gives a detailed account of where many Hobbit clans in the Third Age originated from, we might be able to determine whether Brandybucks are the descendants of Brandyfoots.

The true origins of Hobbits as a whole is a bit of an enigma, something that Tolkien intentionally leaves blank. Despite that, the Free Peoples of Middle-earth began to notice the Hobbits when their ancestors lived in the Vales of Anduin. Those earlier Hobbits consisted of three breeds called Harfoots, Stoors, and Fallohides. The Rings of Power is introducing audiences to the Harfoot strain, Elanor Brandyfoot being one of them. But interestingly enough, the Brandybucks trace their origins to the Stoors, with some Fallohides mixed in, but there’s never any mention of the Harfoots.

In other words, the semantic affinity between Brandyfoots and Brandybucks seems to be a mere coincidence, though there’s always the possibility that the writers chose this name to encourage that connection in the viewers’ minds, even if subconsciously.