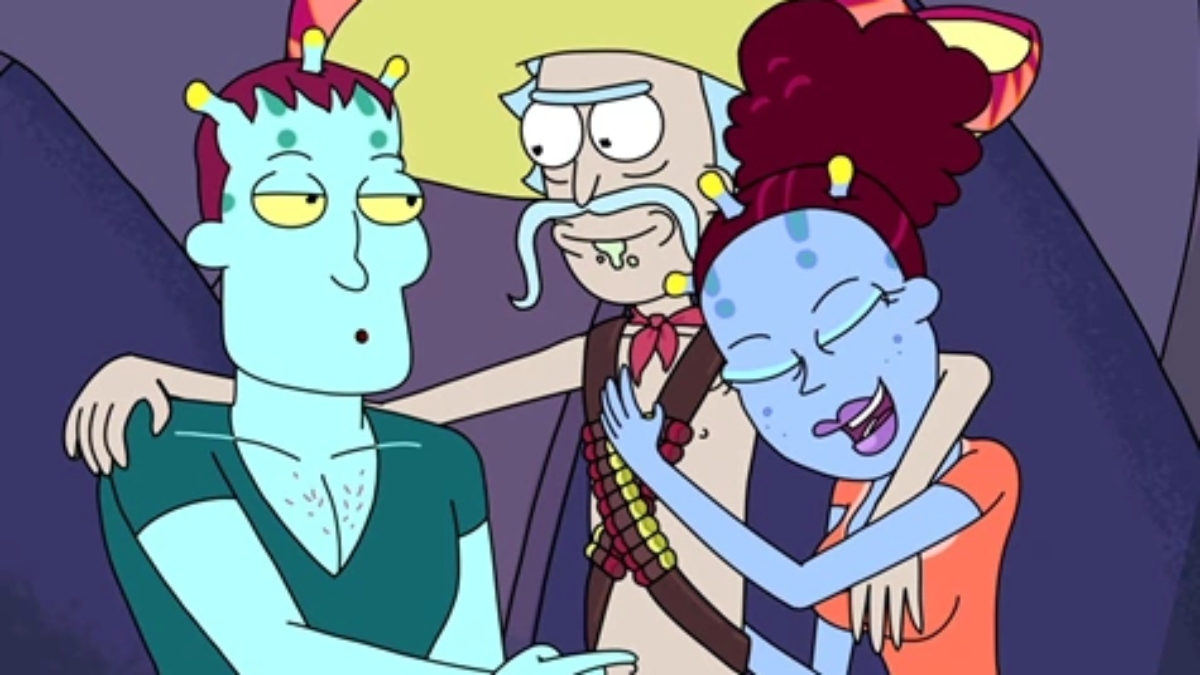 It’s long been thought since AdultSwim’s outrageous animated comedy Rick and Morty began airing in 2013 that its protagonist — oftentimes anti-hero — Rick Sanchez is a member of the LGBTQ+ community. You wouldn’t suspect it from first impressions, since Rick can be rather racist, misogynistic, and discriminatory (i.e. Abradolf Lincler), but he’s apparently in solidarity with the LGBTQ+ community since he himself is allegedly pansexual. All the way back in 2015, when Rick and Morty was still gaining traction and only just airing its second season, showrunner Dan Harmon and animator/voice actor Justin Roiland attended San Diego Comic-Con, where they reeled in fans to fill out Q&A hall and discuss the whirlwind success of the unconventional hit series.

During that panel, Ryan Ridley — a former writer and voice actor for Rick and Morty — was also in attendance. When discussing the topic of Rick’s sexuality, he and Roiland were quick to the mark. According to The Guardian, this is how the conversation went: “Rick is gay,” said Ridley. “Rick is pansexual,” elaborated Roiland. Ridley voiced Frank Palicky, a student at Harry Herpson High School who frequently bullies Morty, but his dialogue exchanges with Morty suggest that he’s secretly insecure — hence the bullying.

Unlike lesbian, gay, transgender, and bisexual, the term ‘pansexual’ is more obscure to the general public. It’s been apparent for years that the L, G, B, and T in the acronym account for a large portion of the community, so those identities are more often portrayed in modern media and therefore non-LGBTQ+ peoples are more educated on the terms. As for pansexual, the word was first attested in 1914, but has only recently become recognized as a valid identity. The term was coined by Sigmund Freud to denote the idea “that the sex instinct plays the primary part in all human activity, mental and physical.”

The definition for pansexual has evolved over the years, but it’s commonly defined as “sexual, romantic, or emotional attraction toward people regardless of their sex or gender identity.” In short, pansexuals don’t confine their attraction to one specific gender, as lesbians would, let’s say. Pansexuals will generally date/be attracted to anyone, unfazed by how they might identify — be it male, female, non-binary, or some such other gender non-conforming identity. Essentially, for pansexuals, gender isn’t a determining factor for who they might be romantically/sexually attracted to.

Rick’s sexuality isn’t explicitly mentioned or confirmed in Rick and Morty, even as the show finished airing its sixth season in December 2022. There’s one pivotal episode, however, that gives us a good indication of Rick’s romantic and sexual preferences. Rick Sanchez — as he always brags — has had many sexual relations with numerous beings across this universe and every other, but he never specifies the gender of those he encounters. In the third episode of the second season, titled “Auto Erotic Assimilation,” Rick reunited (pardon the pun) with Unity, a hivemind being and Rick’s former lover. Unity takes the form of multiple genders, species, races, and identities. Unity occupies the minds of these individuals and can take over their bodies at will.

When Rick rekindles a romance with Unity, she invites him back to her “headquarters” of sorts, wherein she oversees the steady production of the planet and its inhabitants. Inside, there are countless individuals of all shapes and sizes that greet Rick with suggestive kisses and playful touches. Rick gladly hops into bed with any one of them, multiple times over, which isn’t a great look for pansexuals, who don’t stereotypically act so promiscuously, but it’s implied that Rick has sexual intercourse with a number of Unity’s counterparts — be they male, female, or gender non-conforming.

It isn’t every day that you learn Rick Sanchez is pansexual, but apparently, Harmon and Roiland knew seven years ago.