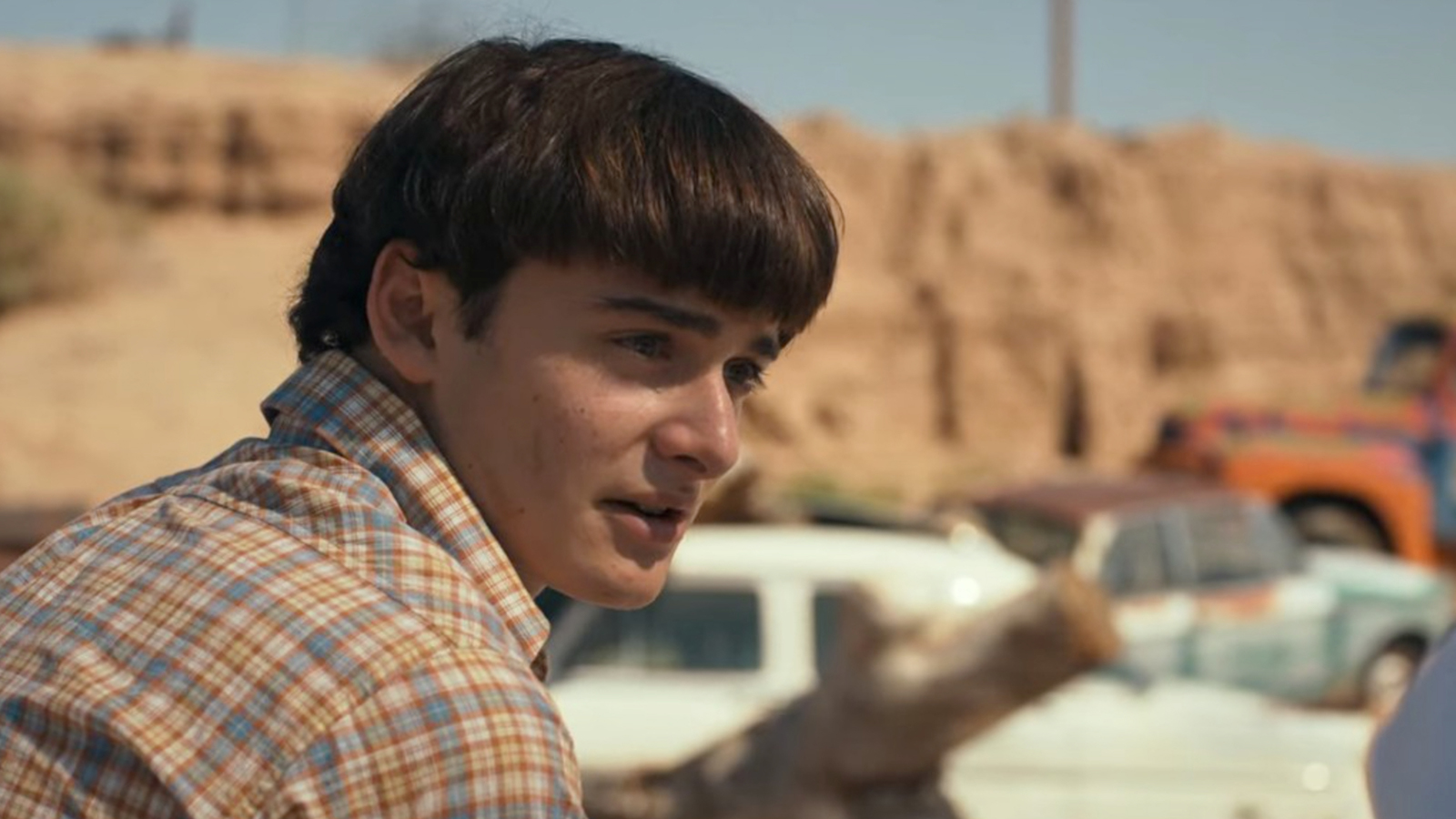 After three seasons of speculation, has Stranger Things finally confirmed whether Will Byers (Noah Schnapp) will be queer in season four?

Fans speculated Schnapp’s character was part of the LGBTQIA+ community after the official trailer for the season debuted. But things became particularly suss after star David Harbour joked in an interview with Netflix Latinoamérica Will was “interested in someone else in the group” other than Eleven (Millie Bobby Brown), who he attends school with in season four. Schnapp then liked a TikTok fan cam referencing Harbour’s comments and a budding romance between his character and Mike (Finn Wolfhard).

Back when season three aired in 2019, Schnapp said in an interview with The Wrap he didn’t see his character as queer. He instead saw him as someone who wasn’t ready to grow up, particularly when he was compared to his friends who were pursuing relationships. But the actor noted at the time it was up to the viewer to interpret his character’s sexuality.

So is Will gay?

While it has not yet been officially confirmed Will is indeed gay, there’s been a lot of subtle nodes in the first seven episodes of season four that suggest he might be and has a crush on his straight bestie Mike.

Eleven tells Mike in her letter that Will has been acting “weird”. She reckons he fancies a girl at school but we later see him physically repel when a girl in his class rubs her feet against his. He is also seen pining over Mike and paints a painting for him. But as of episode seven, he doesn’t muster the courage to give it to him.

When Will, Mike, Jonathan (Charlie Heaton) and Argyle (Eduardo Franco) are burying “Unknown Hero Agent Man”, Will tries to comfort Mike about Mike’s feeling towards Eleven. He tells Mike it can be scary to tell the people you love how you really feel.

“Sometimes I think it’s just scary to open up like that. To say how you really feel. Especially to people you care about the most. Because what if they don’t like the truth?”

Each of these examples may not seem like much on their own. But Will’s character in season four has come across as very suggested and queer-coded. At least, fans seem to think so.

We’ll have to wait for the remaining episodes of Stranger Things season four to see whether it will be officially confirmed.

If Will does end up being gay in season four, Schnapp’s character won’t be the first queer representation we’ve had on the hit Netflix show. Scoops Ahoy server Robin (Maya Hawke) came out to Steve (Joe Keery) as gay at the end of season three. Hawke told Wall Street Journal Magazine via Cosmopolitan her character was originally meant to be Steve’s love interest and never intended to be queer, but she and Keery noted during filming that their characters had a better rapport as friends.

“Throughout filming, we started to feel like she and (Steve) shouldn’t get together, and that’s she’s gay. Even when I go back and watch earlier episodes, it just seems like the most obvious decision ever. The Duffer Brothers and Shawn Levy had a lot of conversations throughout shooting and it wasn’t really until we were shooting episode four and five, I think, that we made the final decision.”

We should get a better idea about Will’s sexuality when volume two of Stranger Things season four debuts on Netflix in July 1st.