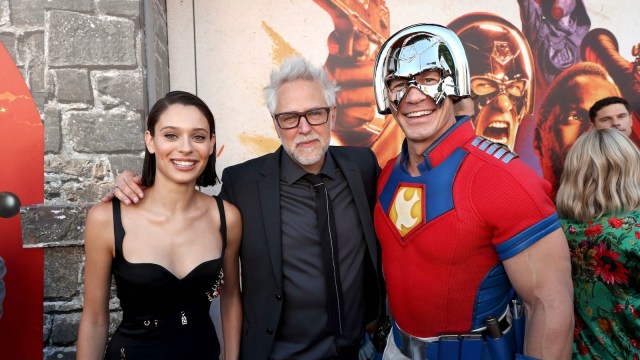 We’re only a few days away from the Emmy nomination announcements, but Peacemaker creator James Gunn is already celebrating another awards nod for his writing on the series finale episode.

Gunn quote-tweeted today’s announcement of the Best Writing in a Streaming Comedy Series nominees by the Hollywood Critic’s Association. Peacemaker’s last episode, “It’s Cow of Never,” received a nod alongside nominated episodes of Schmigadoon!, Ted Lasso, Hacks, Only Murders in the Building, Reservation Dogs, and The Afterparty. Gunn replied to the nod with a caption that read, “Whoo hoo! Thanks @HCAcritics!”

The HCA, founded in 2016, is made up of print and online critics in the greater Los Angeles area and seeks to address issues of underrepresentation in the industry. It has been honoring achievements in Film with its awards since 2017. The Association began honoring excellence in Television last year. According to a press release by the association, Covid-19 played a significant role in the decision to honor the medium.

“As COVID-19 restrictions begin to lift around the country, we are looking forward to being back together for our first-ever TV Awards,” HCA Co-Chair Ashley Menzel noted in the release. “Over these past fourteen months, many of us have been watching more television than ever before. This is why we are absolutely delighted that our first in-person event for 2021 will begin with a brand new event paying tribute to the best of television.”

Gunn wrote and directed the nominated episode, “It’s Cow or Never.” The episode resolved many of the series’ ongoing arcs. It was also notable for a not-in-time at all “appearance” of the Justice League — further tying the TV series to the larger cinematic DC Extended Universe.

The winners will be announced in a two-night ceremony taking place in Los Angeles on Aug. 13 and 14.