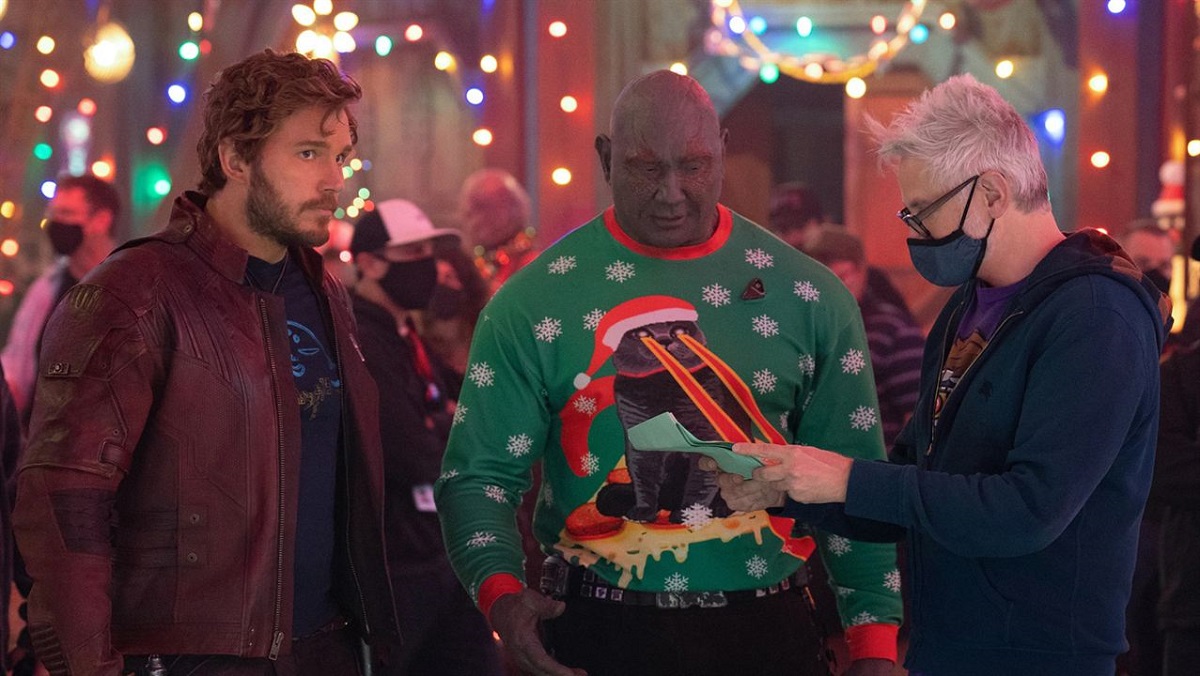 According to Deadline, Gunn revealed that the festive one-off presented an opportunity to present fans with new additions to the story so that the upcoming movie could stay focused on the narrative.

“I used the holiday special as an opportunity to introduce some elements into Guardians of the Galaxy, so I didn’t have to explain them at the beginning of Volume 3. It was a Trojan horse.”

He also stated that the holiday special would bring fans up to speed about Nebula’s (Karen Gillan) status in the group hierarchy, the Guardians’ new headquarters, and Cosmo the Spacedog’s relationship with Knowhere.

However, the biggest reveal in the holiday special is that Peter and Mantis (Pom Klementieff) are half-siblings who share the same father, Ego (Kurt Russell). There is also the implication that there may be a follow-up to the holiday special at a future date.

In The Guardians of the Galaxy Holiday Special, Kraglin Obfonteri (Sean Gunn) tells the story of when Yondu Udonta (Michael Rooker) spoiled the Christmas holiday for a young Peter Quill (Chris Pratt). To cheer up their friend, the lovable band of misfits decides to give Peter the gift of the presence of a celebrity he looked up to during his childhood days.

The holiday special has gone over well with fans. There is an endearing sense of family among the Guardians that’s heartwarming to see as the holiday season approaches, and the story is as fun as it is beautiful. In the fellowship of the cosmic misfits, Star-Lord has finally found a home.