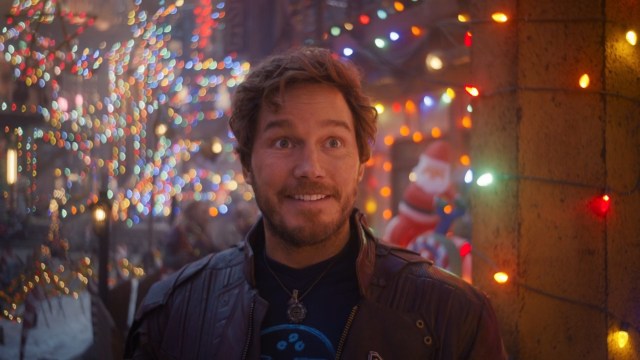 The Guardians of the Galaxy Holiday Special is here to ring in the festive season, and while ultimately a pretty light and goofy slice of MCU action, it certainly left us feeling Christmassy.

The special sees a flashback to Peter’s attempt to introduce Christmas to the Ravagers as a child, with Drax and Mantis deciding they want to make this year special by heading to Earth and retrieving a very special gift… Kevin Bacon. Yeah, the actor Kevin Bacon. As himself.

It’s a fun ride, but like all good Christmas TV, it has a very special heartwarming family moment. Peter Quill has essentially turned the Guardians of the Galaxy into his family, as with his mother long passed and his father is a homicidal living planet (ah, comic books) he doesn’t have a real one. But, as Mantis realizes, Ego is also her father, making them siblings.

The revelation comes right at the end, with Quill saying that knowing he has a sister is “the greatest Christmas present anyone could ever get”. It’s hankies at the ready time for more sentimental fans:

It’s nice to see Mantis get some time in the spotlight:

We had something in our eye at this moment too:

Has James Gunn been teasing this for a while?

This about sums it up:

We weren’t quite at this level though:

A truly lovely holiday reveal (even if Marvel did kinda spoil it earlier in the week):

The special ends with a post-credits scene that teases a follow-up holiday special. Next up is Guardians of the Galaxy Vol. 3 on May 5, 2023, but maybe Gunn and pals can throw together something for Christmas 2023 as well. Watch this space for more details.