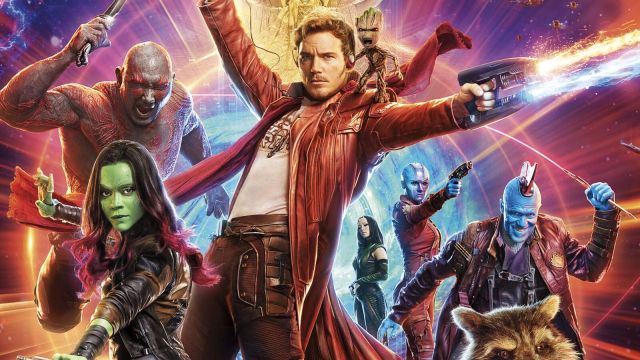 Warning: This article contains (potential) spoilers for The Guardians of the Galaxy Holiday Special.

The Guardians of the Galaxy Holiday Special is now just two days away from decking Disney Plus’ halls, and so in advance of the festive standalone’s arrival, the Mouse House’s streaming service just added two new episodes of its clip-based miniseries, Marvel Legends. Considering that these shorts mostly comprise footage from stuff we’ve already seen, a lot of fans may tend to give these a miss. However, you’ll want to catch the latest Legends eps as they go ahead and drop a major game-changing bombshell. No joke, this one is huge.

A “Mantis” and a “Drax” episode of Legends just landed on Disney Plus, but it’s the “Mantis” installment you’ll want to pay attention to. After recapping clips from Guardians Vol. 2, Avengers: Infinity War, and Endgame, the episode ends with what appears to be a clip from The Holiday Special in which Mantis (Pom Klementieff) and Drax (Dave Bautista) discuss something that’s long been rumored in the fandom but has never been confirmed on-screen before.

“Why don’t you want me to tell him?” Drax asks Mantis in secret, while a forlorn Star-Lord (Chris Pratt) sits nearby. “He should know you are his sister.” Mantis then explains the reason for not revealing this shocking information. “Our only connection is the source of his greatest shame,” she says. “I think not.”

Ever since fans spotted that one of Ego’s many baby mammas, as glimpsed in a scene from Vol. 2, was of Mantis’ species, it’s been theorized that the two Guardians could actually be half-siblings. James Gunn himself has previously thrown doubt on the idea, though, which sort of led to the theory dying off. Now it seems like Gunn deliberately wanted to put us off the scent so he could deploy this jaw-dropping twist himself in a later project.

It’s difficult to say whether this actually is from The Holiday Special at this stage, but that would seem to be the case given the special’s focus on Drax and Mantis, although there is a slim chance it could be an unreleased deleted scene from Vol. 2.

As for why Marvel decided to throw this bombshell away in a clip show like this, perhaps it’s all a ploy to get us watching what may well be the most overlooked of Marvel’s Disney Plus output. Marvel Studios Legends is streaming now with The Guardians of the Galaxy Holiday Special to follow this Friday, Nov. 25.