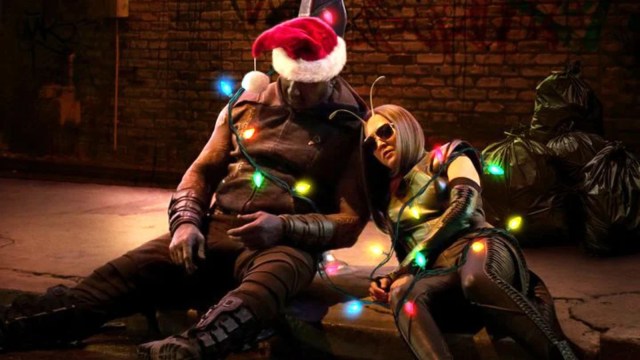 We’re just a few days away from the premiere of The Guardians of the Galaxy Holiday Special, and fun tidbits and teasers keep coming out. The latest is a tweet from the director and new co-head of the DCU, James Gunn, about Mantis’ larger-than-usual role in the special.

This all started when TV and film critic Tessa Smith tweeted that the special was everything she “hoped for & more.”

Pom Klementieff is of course the actress that plays Mantis. Gunn said he was excited people were appreciating Mantis because he wrote the part special for her after years of being a side character in the movies.

Klementieff even responded to the tweet. “Oh James… just tearing up right now again… so grateful for you.”

Despite Gunn’s new position over at Warner Bros. Discovery, he’s passionate about his role in shaping the MCU and frequently shuts down trolls who try to make it some arbitrary competition.

In the tweet thread, someone asked him if this was going to be his last Marvel project. “No, Vol 3 in May is my last thing for the MCU for the time being,” he said. Gunn also recently revealed that it only took him a few hours to write the special and that it was easy to make.

The production value for the special also looks amazing, and Gunn revealed that was because he shot it on the same set as Vol. 3.

“It’s the most amazing set I’ve ever been on, and so we were able to utilize those sets that we had the money to build for ‘Vol. 3,’ in the special. We otherwise wouldn’t have had that type of money to build these million-dollar sets.”

The Guardians of the Galaxy Holiday Special premieres on Nov. 25 on Disney Plus.