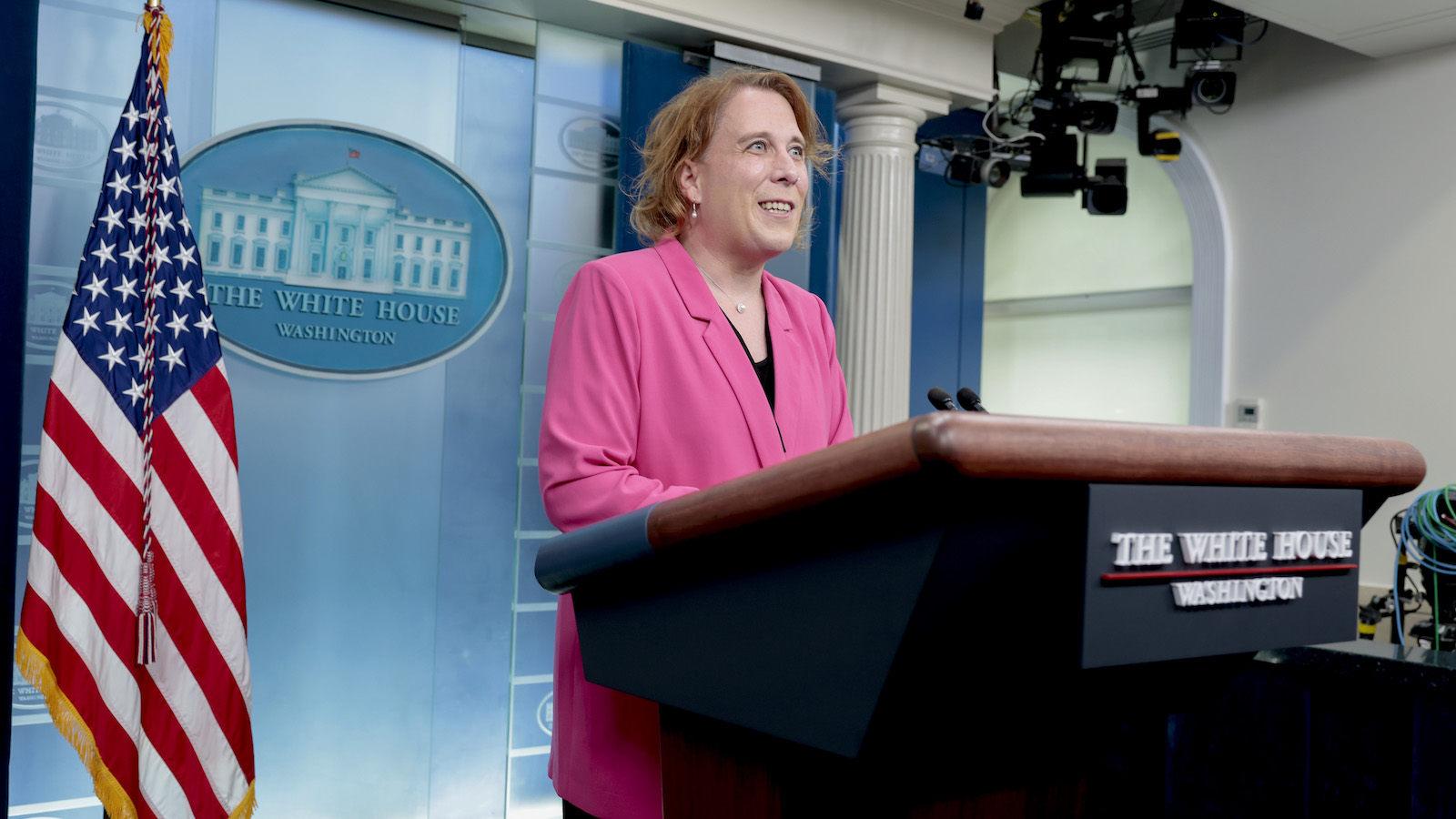 Jeopardy! champion Amy Schneider, who set records on the trivia game show, spoke with members of the press at the White House briefing room and even visited second gentleman Doug Emhoff on Thursday, marking Transgender Day of Visibility.

She described some of the laws “denying medical services to trans youth” as “really sad to me, and it’s really frightening.”

However, Schneider said she believes these proposed laws will soon be “seen as a thing of the past.”

The game show legend, who is herself transgender, is also poised to meet with transgender youth while at the White House, the report said.

“It’s hard to believe this is really happening,” Schneider posted on Twitter immediately prior to her White House visit.

She later posted a photo from inside the Secretary of War Room, the office inside the White House for a now-defunct cabinet position.

Schneider won a stunning 40 consecutive games of Jeopardy!, becoming the first woman to win more than $1 million — $1.3 million, to be exact.

Schneider bowed out of the competition when a geography question finally stumped her after an incredible 95% correct response rate, concluding her run back in January as one of the best contestants in the show’s history.

After her amazing winning streak, many people on Twitter praised her performance and for helping to raise awareness for the LGBTQ+ community.