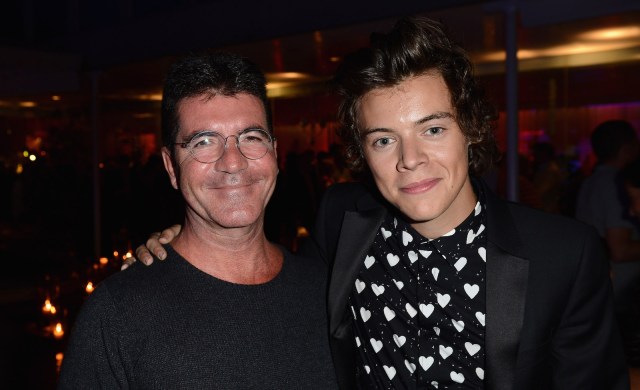 Unless you’ve been living under a rock and avoiding social media over the past week, chances are you’ve likely heard of “Spitgate” — the dubbed name for the now-infamous incident between Don’t Worry Darling stars Harry Styles and Chris Pine. The entire ordeal initially started at the 2022 Venice Film Festival for the premiere of Olivia Wilde’s psychological thriller, where Styles and Pine both attended, and where claims that Styles spat in the direction of Pine’s feet first began.

The controversy surrounding Spitgate has now apparently reached a multitude of celebrities, including television personality Simon Cowell, who sat down to discuss the incident on Jimmy Kimmel Live. During Cowell’s interview, host Jimmy Kimmel asked Cowell if he thought Harry was guilty of spitting on his co-star. Without skipping a beat, Cowell insisted that Harry is too polite to commit such an act, saying:

That doesn’t sound like Harry. … You know when you gob on someone by accident and you’re like, ‘Oh, I’m really sorry I did that.’ He definitely, definitely wouldn’t do that. It’s not Harry, though, Harry’s very polite and charming. He wouldn’t do that.

Amidst the controversy, Styles hilariously joked about the situation during a recent concert at Madison Square Garden. As such, it’s highly likely that the spitting never actually occurred, and that there is obviously no bad blood between Styles and Pine — which certainly adds credibility to Cowell’s comments. Olivia Wilde and Florence Pugh on the other hand, well, that drama timetable speaks volumes in itself.