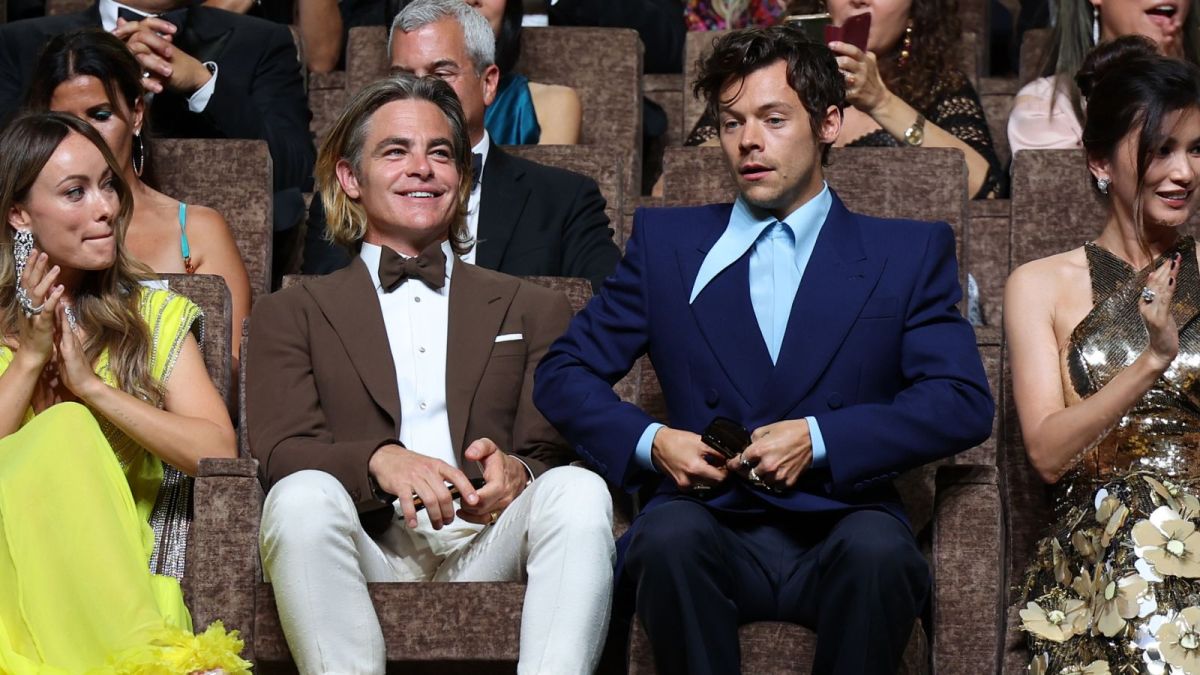 A single shot of phlegm blew the internet up at the Venice Film Festival, and now Harry Styles has addressed the conspiracy at a concert.

Don’t Worry Darling has ended up being one of the largest PR nightmares in recent film history following its dramatic premiere. With Florence Pugh not showing up for press conferences, a behind-the-scenes tiff with Olivia Wilde, and most importantly, Spitgate, it’ll go down in legend.

Styles has now given credence to the theory he spat on Chris Pine, with him “joking” at a recent Madison Square Garden gig that he had “just popped over to Venice to spit on Chris Pine, but fear not, we’re back” .

The spit ignited social media, and in what has become this generation’s version of the Zapruder film, everyone is still theorizing about what on Earth happened.

Styles has become an unlikely part of the Don’t Worry Darling drama, with him replacing the initially cast Shia LaBeouf after LaBeouf dropped out. Following this, Styles reportedly entered into a relationship with director Wilde, who then is believed to have had a feud on set with Pugh.

Fast forward to the premiere, everyone had their eyes out for any further complications. Perhaps the idea of Styles spitting on Pine was something everybody wanted to be true so much they ignored evidence.

With Styles happy to joke about it, it’s highly likely there was no spitting. Pine has also rejected the spit theorists, absolutely ruining some good internet shenanigans. Or, there has been another twist in the tale and Styles truly has no remorse for his phlegmy projectile and wants the world to know what he is truly capable of.

Don’t Worry Darling is due in cinemas Sept. 23 as the world continues to eat up all the drama.