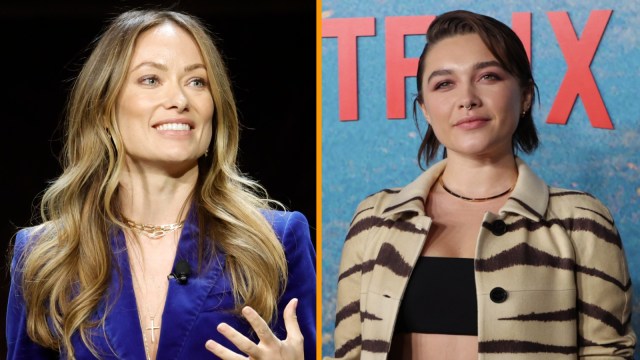 Olivia Wilde’s second directorial venture, Don’t Worry Darling, is all set to hit theaters, and it is attracting attention for all the wrong reasons. After Wilde recently said that Shia LaBeouf, who was originally supposed to play the lead in the film, was fired for the “combative energy” he brought to sets, the actor called her out on spreading a fake narrative. LaBeouf presented a video where Wilde is seen requesting him to come back while condescendingly addressing Florence Pugh as “Miss Flo.” Needless to say, fans of the actress are not happy with this particular revelation.

In the video, Wilde asks LaBeouf to reconsider working on the film and mentions Pugh in a patronizing manner, saying how she thinks “this might be a bit of a wake-up call for Miss Flo.” This stands as a rather disappointing contradiction to her claims in her recent interviews, where she heavily hinted that LaBeouf was removed from the film to create a safe environment for Pugh.

But the video, which in itself is pretty damning evidence, has angered fans of the Black Widow star as not only does it negates Wilde’s recent claims but is also exceptionally unprofessional. As one can expect, fans who had been looking forward to more of Wilde’s work are feeling let down by her behavior.

In a very short span of time in the world of cinema, Pugh has proved her worth and established herself as a bankable actress. And fans want Wilde to remember that before she goes around disdainfully addressing her.

Many are also calling out Wilde for siding with LaBeouf, who has been accused of being an abuser. Back in 2021, Shia LaBeouf was sued by his former girlfriend, musician FKA Twigs, for physically, emotionally, and mentally abusing her for the entirety of their relationship that lasted less than a year.

LaBeouf left the film in late 2020 before Twigs made the abuse allegations public. Seeing that by then, Harry Styles was brought on board as his replacement, the video in question was recorded long before that particular lawsuit.

However, LaBeouf’s history of violent and racist outbursts was well known before he was hired for the film, and video footage of several of these incidents is easy to find online.

Stressing that she fired LaBeouf to create a “safe” environment are not the only claims Wilde has recently made. She has also shot down rumors of there being a pay disparity wherein Harry Styles’ paycheck for the film was a lot higher than what Pugh made despite being the prime protagonist of the film.