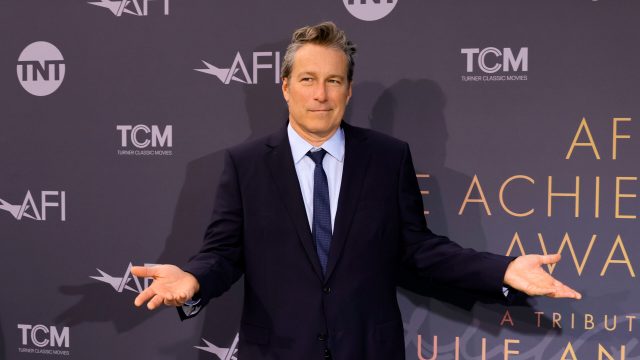 There was a period in the late ’90s through the early aughts when Sex and The City was one of the biggest shows in the world. Lead star Sarah Jessica Parker played writer Carrie and had a seemingly endless procession of beaus in the show, but besides Mr. Big only a few stood out. One of those was series favorite John Corbett, who played Aidan.

Aiden was handsome furniture designer who Carrie notably tried to give up smoking to impress. Now he’s coming back in the sequel And Just Like That…, currently streaming on HBO Max.

The character is coming back not just for a cameo but for an extended arc, according to Deadline. Despite mixed reviews, the show was officially renewed for a second season earlier this year. Fans were surprised when Aidan showed up in the last seconds of the season finale, even though Corbett previously said “I think I might be in quite a few [episodes],” which whipped up fan frenzy and speculation leading up to the reveal.

Parker said she thought his comments were funny.

“It was fun. It was fun for him to say that,” she said on Watch What Happens Live. “When he actually reached out, very kindly, because he’s nothing if not a gentleman, and apologized for doing that as a joke, and then I was like, ‘No, no, no, it’s a free country first of all.’ And I thought it was kind of delightful and kind of fun.”

Executive producer Michael Patrick King said there was a specific reason Aidan didn’t show up until the end of the season.

“It really just felt like this was a lot for Carrie,” he told Deadline. “This season was a lot. We wanted to get her through [Big’s death] and into the light—the last episode is called, ‘Seeing the Light.’ We wanted to get her out. [Aidan’s return] is a big storyline that everybody at home wrote that we had never intended.”

The fictional couple’s backstory is a tumultuous one. Aidan was Carrie’s on and off boyfriend and her eventual fiancé, although they (obviously) never tied the knot. They broke up once when she cheated with future husband Mr. Big and then separated again when she couldn’t cross the finish line after the engagement.

The couple repaired their relationship in Season 6 when Carrie found out Aidan had gotten married and had a son. In the movie Sex and the City 2, they met in Abu Dhabi and kissed despite both being married to other people. It’s not known what, if anything, has happened to Aidan’s wife Kathy.

There’s no official release date for the second season of And Just Like That, but we’ll let you know as soon as we hear something.