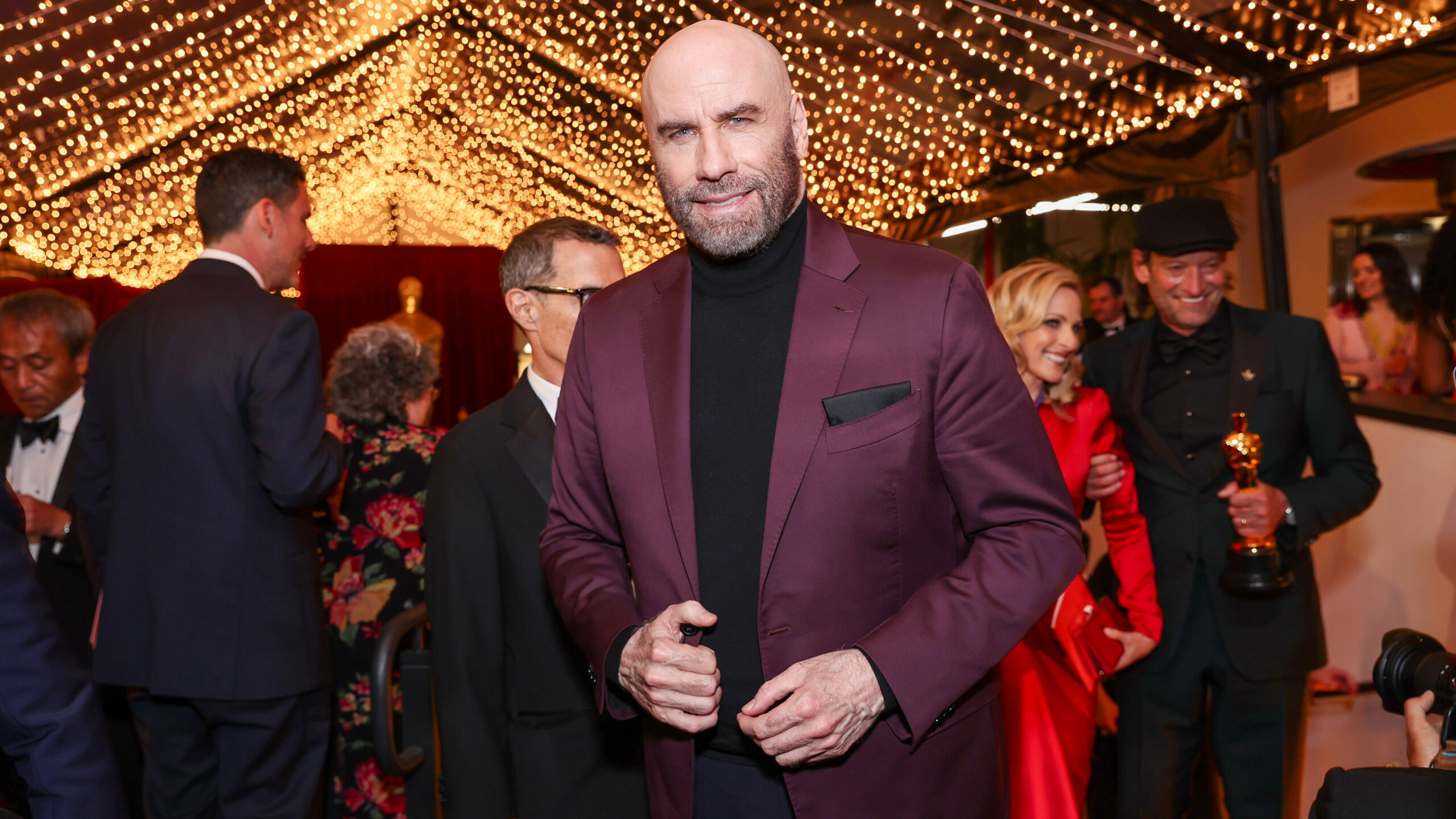 Thanks to Betty White, Jamie Lee Curtis, and the Paw Works organization, John Travolta and his son Ben opened their hearts to a four-legged friend at the 2022 Oscars.

During the show’s “In Memoriam” segment, Curtis paid an extra-special tribute to the legendary and beloved White, with a call to action for her fans. While fans at home certainly answered the call, the Travoltas felt an urgency to make a move that night.

Travolta’s son Ben adopted Mac & Cheese the next day, and they’re all home, and all smiles, in a sweet picture shared on Instagram.

Mac & Cheese first stole hearts when Curtis brought him onstage, cuddling the sweet dog as she spoke about White’s legacy, and how much of her life she dedicated to animals.

“She was not only a Golden Girl. She was a legend, who brightened every room she walked in and brought a smile to the faces of all who watched her on the screen, and day in and day out for almost a century, she was a woman who cared so much for not just her two-legged friends but for animals just like this. So, the greatest gift you could give Betty White is to open your heart and your home and adopt a rescue dog just like Mac & Cheese from Paw Works.”

Paw Works is a California-based non-profit organization that works tirelessly to help animals in need, and place shelter dogs in loving, fur-ever homes. You can find out more about the charity by perusing their Instagram profile, and support their mission by donating, or bringing home a new family addition.