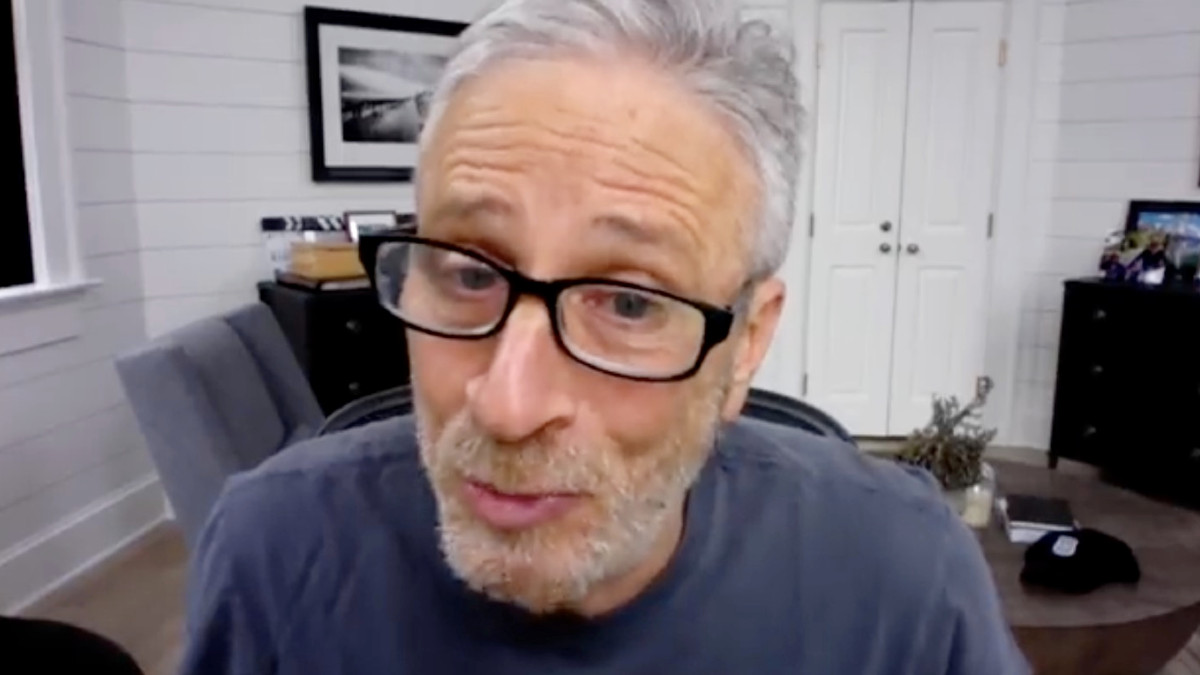 The Problem with Jon Stewart/Twitter

Jon Stewart said that he considers Joe Rogan “someone you can engage with” and that the Spotify situation over misinformation on his podcast is an “overreaction” to the whole thing.

Stewart was answering a question about whether he would remove his music from Spotify on his own podcast, which is a companion piece to his new Apple Plus show The Problem With Jon Stewart, in the wake of Neil Young, Joni Mitchell, and more wiping their music from the platform in protest of COVID-19 misinformation being spread on Joe Rogan’s Spotify-exclusive podcast, The Joe Rogan Experience.

Stewart was referring to the recent Spotify value plummet following Young’s departure from the service.

He also said that he didn’t believe podcaster Joe Rogan was an “ideologue” trying to push an agenda.

“Engage. I’m not saying that it’s always going to work out truthfully, but I am always of the mindset that engagement, and especially with someone like a Joe Rogan, who is not in my mind an ideologue in any way.”

Stewart pointed out that someone who’s an ideologue would not be so open to admitting they were wrong, like when Rogan had Josh Szeps on his podcast, and was called out for wrong information live on the podcast. Rogan admitted he got it wrong and said he was going to try and do better. Stewart said someone who was pushing an agenda would never do that.

“If you are an ideologue, or if you are a dishonest person — Tucker Carlson never would have looked it up and would have given that look he gives, like somebody’s giving him a confusion enema. Like they’re just firing confusion up his ass. And Joe just went, ‘Oh, I didn’t know… uh, okay. I didn’t get that,’” Stewart said.

Of course, the issue with Rogan was never about whether he was trying to push an agenda, but rather the spate of misinformation itself.

The Problem With Jon Stewart marks the comedian’s return to television after he famously left The Daily Show in 2015. The 59-year-old host will also receive the Kennedy Center’s Mark Twain Award for lifetime achievement in comedy this year.

Kennedy Center President Deborah Rutter said Stewart “brightened our lives and challenged our minds as he delivers current events and social satire with his trademark wit and wisdom.”