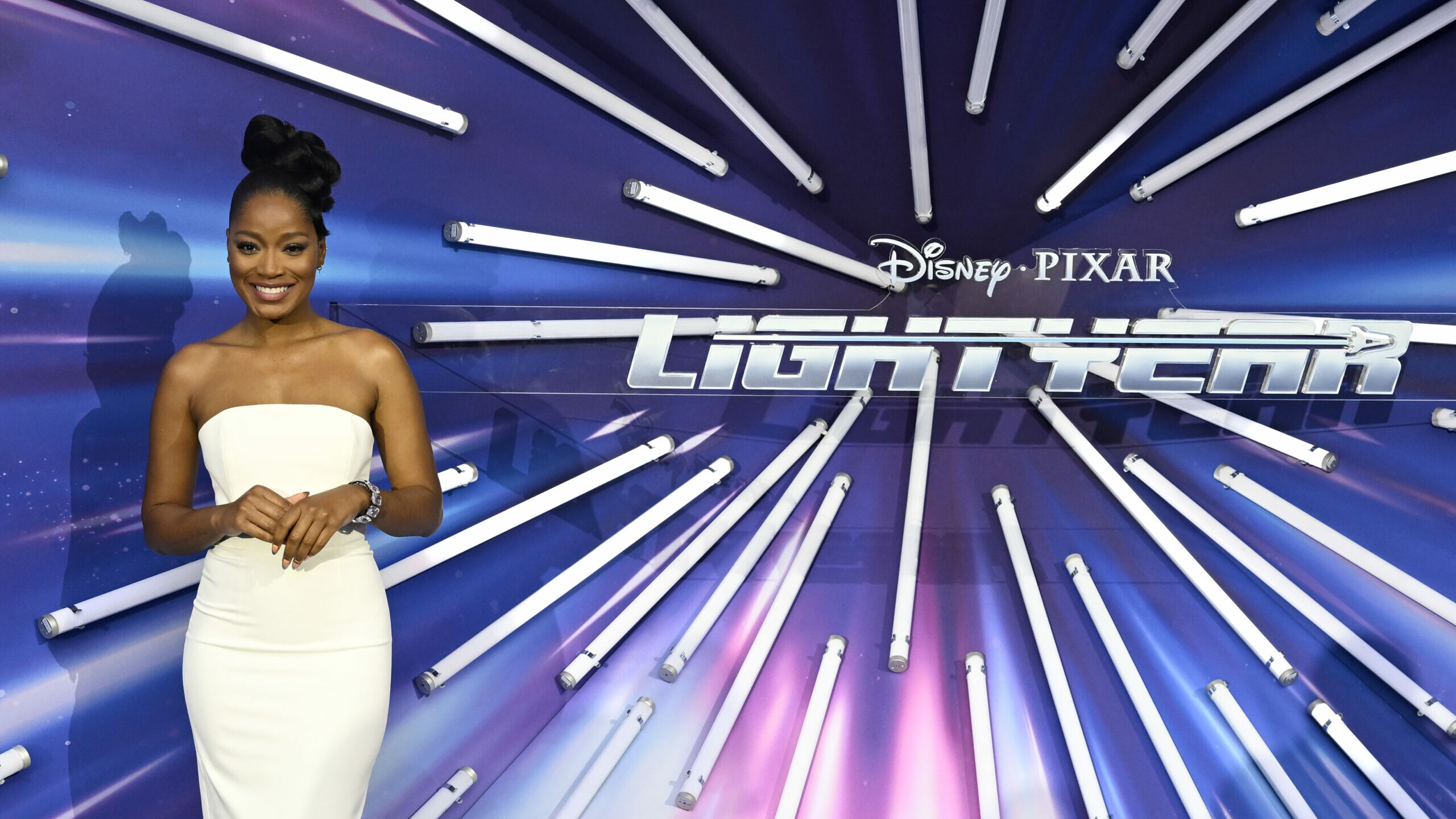 Keke Palmer is Izzy Hawthorne in the upcoming animated blockbuster, Lightyear, and the actress sat down with the cast of Good Morning America to chat about the space adventure.

Palmer shared that she loved Buzz Lightyear as she grew up watching Toy Story, so to be part of the film and to get her own action figure is a pretty incredible experience. She continued by sharing gratitude for the story she gets to tell as Hawthorne.

“It’s just so awesome. Like you said, I grew up with it and I know the impact it had on me growing up as a kid. So to get the opportunity to be part of this story this time around, and know that other little girls are gonna be able to not only see this and hopefully it impacts them, but they’re gonna see somebody that represents them. Like the character Izzy Hawthorne, it makes me feel really awesome.”

GMA shared a special clip of a scene where Lightyear and Hawthorne work together. It’s clear that Lightyear is a bit more cautious than the loveable and excited Hawthorne, but they’ll undeniably work well together. Palmer also shared that Lightyear is very much the story that Andy saw, initially making him fall in love with Buzz Lightyear as a child.

“When you think about Toy Story, Andy had a toy that you really love named Buzz Lightyear, but he loved that toy because he saw that character in a movie. That movie was Lightyear. So we got the opportunity to kind of be a prequel to the origin story of the character Buzz, and we get to introduce you to all the characters that made that world possible — and Izzy’s grandmother who kind of helps you know, create ‘To infinity and beyond.'”

In addition to the heartwarming story, representation is also important for Palmer, and playing Hawthorne in the “origin story” of Lightyear means something exceptional for her.

“So really, this is like the prequel, and what it’s saying is that, you know, characters like Izzy have always been a part of the story. They’ve always been heroes and leaders in their own right, and now that’s going to be really showcased in Lightyear.”

Lightyear hits theaters on June 17, with some special showings happening on June 15. Here’s to infinity — and beyond.