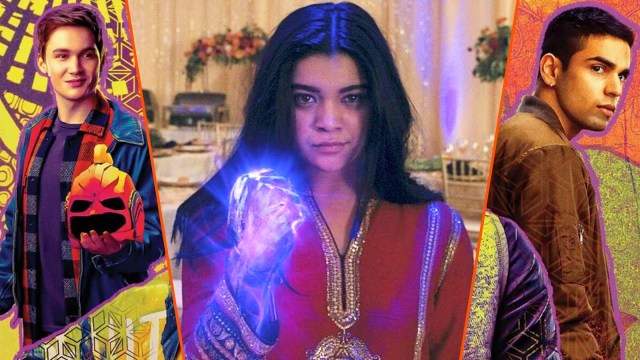 Ms. Marvel‘s season one finale ended on a bombshell nobody saw coming. In the closing moments, Bruno revealed he’d been confused as to why Kamala had powers while her family doesn’t, revealing that he’s noticed something different in her genes, “like… a mutation” (followed by a cute little guitar sting from the ’90s X-Men cartoon).

With that Kamala has officially become the MCU’s first mutant, opening the doors for the X-Men somewhere down the line. It was a huge and unexpected reveal, particularly surprising as in Marvel Comics Kamala is an Inhuman rather than a mutant.

Now Ms. Marvel directors Adil El Arbi and Bilall Fallah have revealed that Kevin Feige stepped in to make sure this scene happened. In an interview with Comicbook.com they say they immediately had questions once they realized what was happening. As Fallah explains:

“For us, we saw that in the script, and when we asked about it, Kevin Feige said, ‘Yeah, don’t worry. Just shoot the scene, and then that’s it’. Because he was like, ‘Focus on the show,’ and everything that’s outside — whenever we’d ask questions about other shows or The Marvels…”

Feige wouldn’t be drawn on the long-term consequences of the reveal, telling the pair to simply “focus on the scene”, also adding that it was his idea to add the 90s X-Men theme.

Later on, El Arbi spoke about how it was an “honor” to be given the job of cracking the seal on MCU mutants:

“It was a big honor that [it’s] a part of the show, and that’s the start of it. So that was super cool. But it was something that was kept so much under secret, that we didn’t know about it until the very, very last moments ourselves. So we were as surprised as everybody that eventually saw it there. And by that time that we had that, it was like ‘Whoa!’ And then fanboy[ing], and then not having any answers, not getting any answer. Just focus on that. Focus on making it into the show, and that’s it.”

At this point we fully expect Kamala to be one of the first students at the MCU’s version of Xavier’s School for Gifted Youngsters, potentially going on to be a major player in a future X-Men team. After seeing her use her powers to the fullest in the Ms. Marvel finale we’re sure she’s got what it takes to stand alongside Cyclops, Wolverine, and Jean Grey.

But before all that, there’s an outer space adventure alongside Carol Danvers to get through in The Marvels. Expect big things from Kamala Khan over the next few years.

Ms. Marvel is streaming in full on Disney Plus.