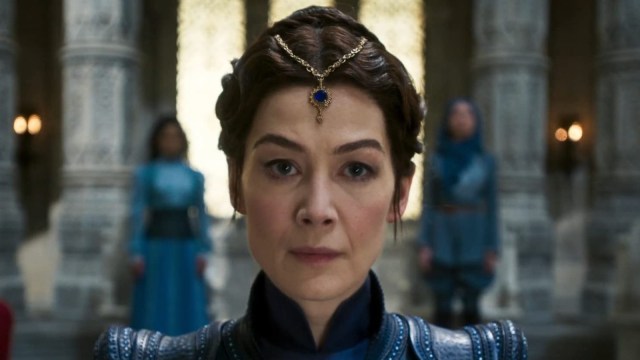 The fantasy genre is experiencing a renaissance at the moment, as fans of the genre are presented with an absolute wealth of content. Between Prime’s Rings of Power and Wheel of Time, Netflix’s The Witcher and Shadow and Bone, and HBO’s House of the Dragon and His Dark Materials, fantasy fans are absolutely awash with stellar content to enjoy.

With the conclusion of Rings of Power’s first season officially behind us, and House of the Dragon headed toward its own conclusion early next week, many of the genre’s most popular programs are currently on pause. This is giving fans plenty of time to stew on the current state of the genre, as it appears on screen and on the page.

Even with so much to choose from, fantasy fans would still love to see the genre expand even more. We won’t be getting a Netflix adaptation anytime soon, but these desires are set to be partially realized with the graphic novel adaptation of one popular fantasy series. As fans look forward to the fresh, visual adaptation of The Raven Cycle, many are pushing for Amazon to split its money more evenly between its fantasy endeavors. Rings of Power’s first season was a delightful journey for both viewers and the cast, but maybe Amazon could shift some of those billions toward The Wheel of Time.

Rings of Power is famously the most expensive television show ever made, showcasing Amazon’s sky-high budget in its incredible vistas and expansive storyline. The high cost certainly paid off, and future seasons will surely be cheaper, but in the wake of the show’s finale fans are requesting that Amazon be a bit more equal in shelling out its budgets. Other popular series, like The Wheel of Time, offer up a similarly epic story, but none can compete with the sheer amount of cash poured into Rings. Maybe, if Amazon split up its finances a bit better, all of its shows could pull in those Rings viewership numbers.

Not every Rings of Power star is a Tolkien expert

Some of the stars of Prime’s Rings of Power served as endless wells of Tolkien knowledge, aiding their fellow actors in capturing the unique flavor that makes the beloved author’s works shine. Not all of them took this approach, however, with Celebrimbor actor Charles Edwards noting that, with the gaps in what source material Amazon has access to, he didn’t want to weigh himself down with an excess of Tolkien lore. In order to avoid being disappointed by the Prime show’s direction, he limited how much of the source material he took in, and instead leaned on the new story he was part of crafting.

The Raven Cycle is being adapted into graphic novels

A collection of hugely-popular contemporary fantasy books are also set to see an adaptation, but not one for the screen. Instead, Maggie Stiefvater’s The Raven Cycle is pivoting first to a graphic novel, allowing readers to see the spectacular story play out in gorgeous style. While a television or film adaptation would certainly be welcome among fans of the book series, a graphic novel is a wonderful first step.