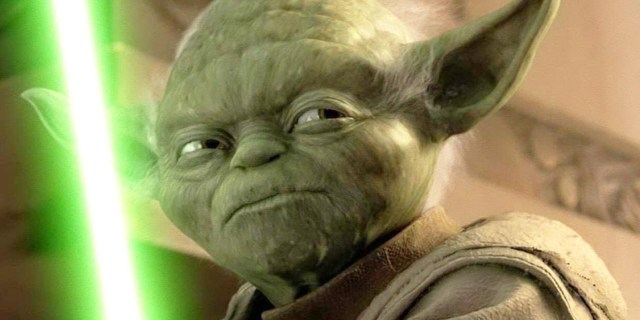 David Tennant might be back to lead us through the television institution’s 60th anniversary, but another Doctor Who icon has vehemently ruled out a return as their own incarnation of the Time Lord. Elsewhere in the sci-fi sphere, the latest Star Wars show has left fans reeling as a minor detail has inadvertently turned our understanding of Yoda on its head, while cinephiles are still failing to reach a consensus about a hugely divisive movie a full decade on.

A ton of past Doctors just showed up in “The Power of the Doctor,” and Jodie Whittaker’s already made plans to come back, but returning to past glories isn’t appealing for every former Doctor Who star. When faced with the inevitable question of whether he’ll pull a Tennant and hop in the TARDIS again, Peter Capaldi has surprisingly vowed that we won’t be seeing him in any future multi-Doctor crossovers as he has no interest in “digging” up his old role as the Twelfth Doctor. Well, now we know.

Despite Grogu owning all our hearts, we still don’t know all that much about Yoda’s species, so it came as quite the shock when Yaddle appeared in Star Wars: Tales of the Jedi — as voiced by Bryce Dallas Howard, no less — and it turns out she talks like everybody else. This tells us that Yoda’s kind don’t actually have to speak backward, after all, and Twitter is having a field day over this hilarious fact, as it means that Yoda has just been trolling everyone for the past 900 years.

Wait, who was that Inquisitor in Tales of the Jedi?

Staying with Tales of the Jedi for a moment, the animated miniseries’ finale offers a glimpse at what Ahsoka did in the wake of Order 66, featuring her battling an Inquisitor on her trail. But which Inquisitor is it? Fans initially assumed it was the Sixth Brother, introduced in 2016’s Ahsoka novel, due to a certain resemblance between the two characters, but this would wipe that story from canon. It’s vaguely possible they are one and the same, but it’s more likely this is an Inquisitor we’ve never met before.

Is Cloud Atlas a gift from above or a map to misery? Nobody can decide

The term “divisive” is often applied to films when really all that’s meant is that a few people don’t like it but most love it. However, the term is entirely accurate when it comes to the Wachowskis’ Cloud Atlas, the eons-spanning sci-fi epic that’s now a full decade old, and yet the movie-loving community still cannot agree on whether it’s an underrated masterpiece of unconventional cinema or if it’s just a turgid, poorly executed mess. Let’s give it another 10 years and see if everyone can agree on it then.

Steer your spaceships back in this direction tomorrow, sci-fi nation, for another daily roundup.