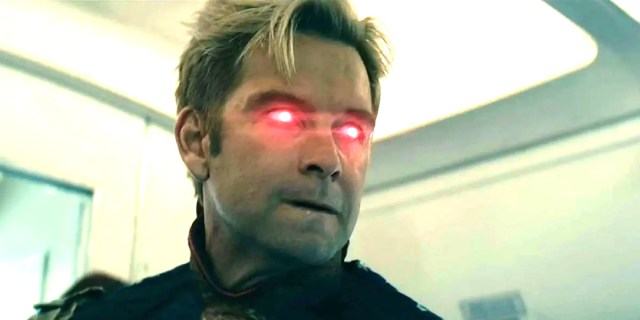 It’s something of a battle of the streaming services today in sci-fi land, and one is clearly coming out the winner. While Amazon’s new entry in the ever-popular The Boys franchise is shaping up nicely— i.e. it’s looking to be as gleefully inappropriate as you would expect—Netflix has turned yet more subscribers against it by pulling the plug on another genre series that fans had fallen for. Elsewhere, the Disney Plus-backed Doctor Who spills the secrets of its latest regeneration.

In addition to season 4, The Boys-verse is also expanding with Gen V, a spinoff that offers a kind of superhero spin on The Hunger Games as young Supes compete for fame and fortune. Producer Seth Rogen revealed to Collider that the show is deep into post-production and he’s loving what he’s seeing so far, describing it as “completely insane” and promising it will make the most of the “incredibly subversive R-rated world” that it operates in. Bring it on!

Hot on the heels of Fate: The Winx Saga meeting a dark fate, The Sandman is proving to be a rare example of a sci-fi/fantasy series that can survive execution as Netflix has just announced that its recent debut The Imperfects won’t be back for a second season. The superhero-flavored series, about three young adults who gain weird superpowers after having their DNA altered, had been a big hit on the charts but that still wasn’t enough to save it from the noose. Not cool, Netflix.

Doctor Who fans, have you recovered from the fact that David Tennant is once again the Doctor yet? If you’re still wondering how this blessed turn of events happened in the first place, wonder no more, as new/old showrunner Russell T. Davies has revealed that the desire for the old colleagues to return to the Whoniverse came out of a combination of two things we’ve rarely had to be thankful for before: the pandemic and Twitter. Allow him to explain.

For some weird reason, one of the biggest sci-fi box office bombs of the past decade is still hated

Remember when having Peter Jackson’s name attached to a production was a sign of quality? No, neither do we, as the Kiwi filmmaker didn’t have the best time of it in the 2010s. In addition to The Hobbit trilogy, Jackson also produced 2018’s beleaguered blockbuster Mortal Engines, one of the most embarrassing of the many failed YA franchise-makers of the decade. You might think that everyone’s forgotten its existence, but it seems there are some people out there still regretting they ever saw it.

We’ll be bringing you more of the latest sci-fi news in the universe tomorrow, so don’t go anywhere.