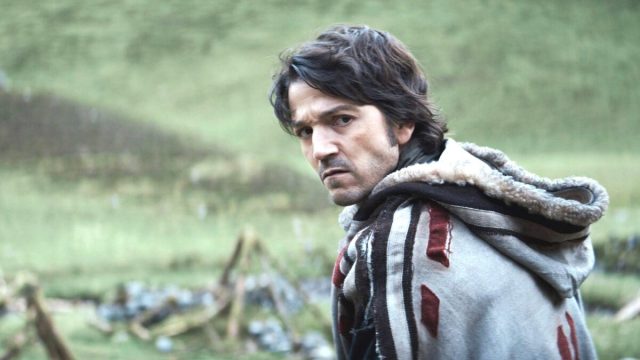 Andor episode four is here and any fears that episode four wouldn’t live up to the standard set by the three-episode premiere were completely unfounded. The episode – titled ‘Aldhani’ – saw Cassian Andor on his first mission with an understandably suspicious Rebel cell planning to rob an Imperial Garrison. That story was intertwined with a deeper look into Luthien’s cover as a jovial antique dealer, the pressures on Mon Mothma, and a peek into the Imperial security apparatus.

On top of all that the episode featured a bunch of extremely cool Easter Eggs that longtime Star Wars fans will love. Here’s how they shook out.

Did ‘Andor’ just bring The Force Unleashed back into canon?

2008 game The Force Unleashed billed itself as a key part of the Star Wars story, bridging the gap between Revenge of the Sith and A New Hope through the tale of Darth Vader’s secret apprentice Starkiller (aka Galen Marek). After the Disney purchase, this was relegated to a non-canon Legends story and the character is generally considered too powerful to work in the current stories.

But someone on Andor is a fan, because in the back of Luthien’s store was a very distinctive set of armor. This is Starkiller’s Sith armor, as seen in the DLC for the first game. It’s unlikely that this means Starkiller is making a full comeback but at least his story hasn’t been completely forgotten.

With several classic Star Wars games getting re-releases and remasters, could it be too much to hope that Starkiller’s two titles could get an HD glow-up and return on modern consoles? It’s been years since we played them, but we’d step back into his boots and toss some Stormtroopers about in a heartbeat, though we hope they ditch that intensely frustrating Star Destroyer Force pull.

Andor is slowly building towards the events of Rogue One and the trailers have already confirmed that Forest Whitaker’s take-no-prisoners Rebel soldier will appear in the show. Gerrera has proved to be a long-time fan favorite character since his debut, going on to appear in The Clone Wars, The Bad Batch, Rebels, and Star Wars Jedi: Fallen Order. Now Andor has teased his arrival, mentioning him as a particularly militant leader you don’t want to cross.

Whitaker has reprised the character for voice work in Rebels and Fallen Order, but he was replaced by Andrew Kishino in The Clone Wars and most recently in The Bad Batch. However, this will be Whitaker’s first live-action appearance as the character since Rogue One. We can’t wait to see him back in action.

Indiana Jones and Star Wars have gone way back for years. The plane in the opening scene of Raiders of the Lost Ark has the code OB-CPO, R2D2 and C-3PO appear in hieroglyphics in the same movie, Temple of Doom features ‘Club Obi-Wan’, and The Last Crusade has barrels of ‘Carbonite’ in the background.

The Clone Wars returned the favor with a few subtle nods, but episode four of Andor tips the hat to Indiana Jones’ legendary status by including his iconic bullwhip as a priceless galactic artifact in Luthien’s store. As many commentators noted, his whip being on display may also be a nod to his memorable line “it belongs in a museum…”.

The cherry on top is that the whip itself is frozen in Carbonite, neatly linking Harrison Ford’s two most famous performances to one another. However, truly knowledgeable Star Wars fans will know that Han Solo and Indiana Jones have technically crossed paths before. 2004 comic ‘Into the Great Unknown’ showed Indy discovering the ruined wreck of the Millennium Falcon on Earth and finding a familiar skeleton in the pilot’s chair. Chewbacca silently looked at Indy, with the twist that Chewie is what we know as Bigfoot!

That was non-canon even in the old continuity so super-didn’t-happen now, but it’s worth remembering these two very different franchises have a history of crossing paths.

Onto episode five next week and we’re dying to know how this heist is going down.