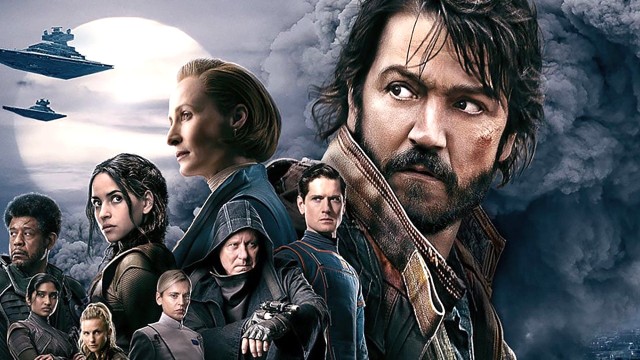 Despite front-loading us with a three-part premiere last week, Andor is actually taking something of a slow burn approach with the way it’s folding in its ties to the wider Star Wars universe over time. It took until today’s fourth episode, for example, for Genevieve O’Reilly to show up as Mon Mothma, a character last seen in 2016’s Rogue One. Speaking of which, this same episode also name-dropped another key figure from that movie that fans are eagerly awaiting to make themselves known.

Episode 4, “Aldhani,” sees Diego Luna’s Cassian Andor enlisted on a mission to infiltrate an Imperial garrison on the planet Aldhani, where he’s tasked with working alongside Vel Sartha (Faye Marsay) and her motley crew of rebels.

One of them, Karis Nemik (Alex Lawther), is introduced in a faintly comic way when he’s found napping while on guard duty. His colleague, Arvel Skeen (Ebon Moss-Bachrach), tells him off for his slip-up. “You ride with Mossy? Garvish? Saw Gerrera? Fall asleep on watch, they’re gonna put your head on a pike for a laugh,” he says.

Yes, this is our first reference to Saw on the show, ahead of Forest Whitaker reprising his role as the grizzled extremist rebel leader later this season. Gerrera is a notable character in Star Wars lore as he was the very first animated character to make the leap to live-action, having originally appeared in The Clone Wars. He’s known for his hot-headedness, so Skeen’s warning to Nemik sounds pretty plausible.

Considering that Jyn Erso was Saw’s adoptive daughter, his incoming appearance only adds fuel to the flames that Felicity Jones may also turn up as Cassian’s future friend and equally doomed hero. So stay tuned for more Rogue One connections as Andor unfolds Wednesdays on Disney Plus.