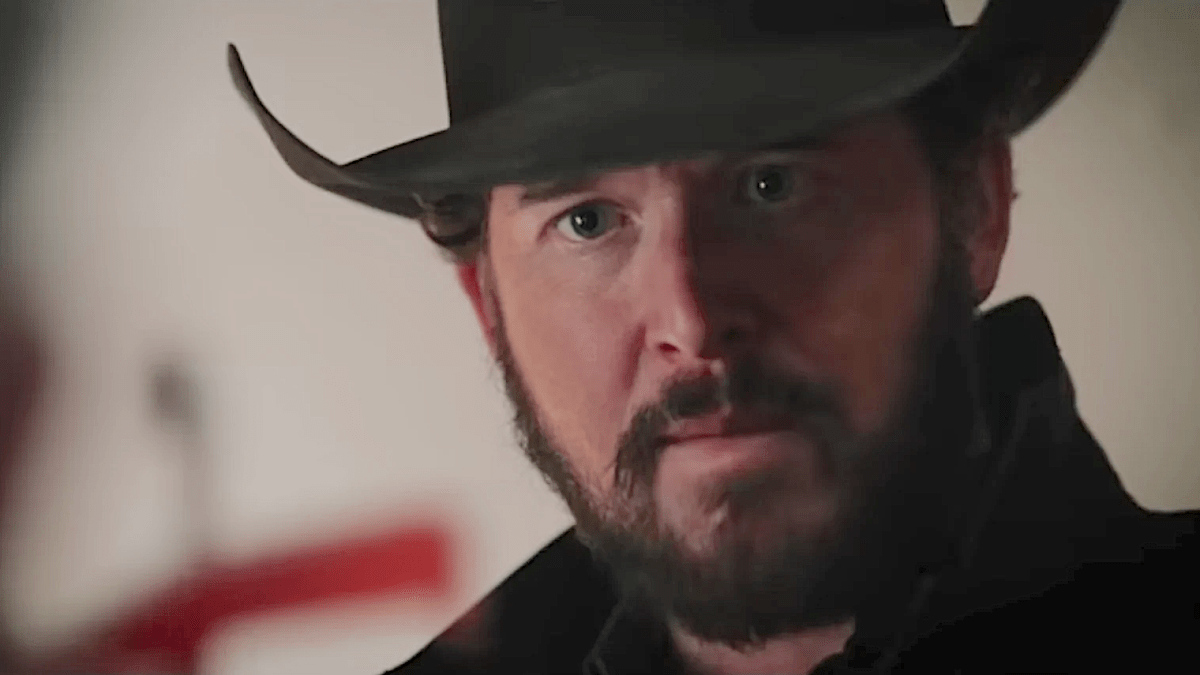 Warning: this article contains spoilers for Yellowstone’s season 5 and the premiere of 1923.

Taylor Sheridan’s Yellowstone universe continues growing, and last night was a big step forward in the continuing story of the Dutton family. 1923 aired its first episode on the Paramount Network, with all future episodes airing on Paramount Plus. We also saw our Dutton family members of today in a new episode of the series that started it all: Yellowstone. With the addition of a new series, we were reminded that where there is life — there is also death. Fans of John Dutton’s right-hand man were given insight into Rip Wheeler’s back story, and we saw him take the life of a character at the ranch as a younger version of himself. Before we get too far into that conversation, we also have to talk about the growing romance between Abby and Ryan; clearly, there’s much to unpack here today. You know the drill by now: grab your Yellowstone-loving bestie and your drink of choice because we’re riding in.

Fans got a peek into the depths of the relationship between Rip and John in Sunday night’s episode, and some were left wondering if Rip’s actions as a younger ranch hand are where their unyielding loyalty to one another truly began. Viewers already know that John helped Rip when he first learned the story of the young man who took his father’s life after watching him kill his mother, the only source of love Rip truly knew. Seeing something in him worth saving, John brought Rip to a position of growth opportunity at the ranch; he’d have to prove himself worthy of it. We’ve never seen anything handed to Rip without him earning it, so seeing that he took another character’s life in the series was indeed an eye-opener.

Yes, we’ve seen Rip take enemies of the Dutton family to the train station before, that’s nothing new here — but it was certainly different to see it happen when Rip was younger. So why did Rip kill a fellow cowboy at the ranch? We’ll give you one guess: loyalty.

Beth has always put Rip through the wringer, and this is something she freely admits today. However, as it was happening, she didn’t see the error within her ways. She was young and trying to get his attention without realizing that he would give it to her without a second thought. One of the ways that she broke her now husband’s heart was by finding intimacy with a fellow ranch hand, Rowdy.

Fans first saw this in season five, and the look of devastation on a young Rip’s face was heartbreaking. Even then, he loved Beth and felt betrayed by both of them. However, putting his feelings aside, he continued to work alongside Rowdy and talk to Beth as if she hadn’t profoundly hurt him. That is, until last night’s episode.

“The Dream Is Not Me” sees Rip, Rowdy, and John on a mission to take down the wolves going after their cattle, but things soon turn physical as Rowdy begins to speak poorly of Beth. Even if she hurt Rip, he knows that pain is temporary, but how he feels about her is forever, and he’s not going to stand for someone badmouthing her. The two throw punches, with Rip winning that altercation, but Rowdy isn’t done just yet. He pulls out a knife to stab Rip, but Rip soon gravely injures Rowdy and realizes that things aren’t looking good.

Rip goes to find John to tell him what happened, and the two share a moment where it’s decided that Rip will continue to protect the family forever. Rowdy’s death wasn’t a premeditated act by Rip, nothing he set out to do as he woke up that morning, and John understands that. He also sees loyalty in Rip, once again, and he knows he’ll look after his family like no one else would.

The moment was jarring for everyone involved, but what came from it was something Rip had never felt before, the knowledge that someone would always protect him in turn for him doing the same. It was a bond he’d never shared with another before and wouldn’t ever again.

1923 promises beauty and heartbreak for the Dutton family

1923 premiered on both the Paramount Network and Paramount Plus yesterday to anxious Dutton family fans, and it was a beautiful and heartbreaking look at the Dutton family of days past. Nothing about the family journey, in any decade, has been easy — but this one looks like it’ll take us on an emotional roller coaster like nothing we’ve experienced before.

The first episode took fans from the beautiful ranch in Montana to the plains of Africa, and we were greeted with a few of the core characters that will tell the Dutton story in this chapter. We also learn that the strength in the series doesn’t end there as fans meet Teonna Rainwater and realize that she isn’t going to become a victim of her circumstance. As a Native American woman at a school that treats her as less than human — she realizes that she must fight back and not allow them to walk all over her. We don’t learn much about how she plans to stand up against the captivity she endures, but we immediately recognize that this is an integral part of the series as a whole.

We also learn that Sheridan isn’t pulling any punches as life hangs in the balance in the opening episode. Spencer Dutton, in Africa, is faced with an attack by a wild animal, and we’ve yet to discover if he survives or not. It would make sense that his character does overcome this brush with death, but it’s not a guarantee. The word “guarantee” is something Sheridan doesn’t like to give audiences, which isn’t changing with the turning of the times in 1923.

Of course, we can’t talk about 1923 without Cara and Jacob Dutton; the matriarch and patriarch of the Dutton family, and two characters who are as powerful as they are regal. They are partners in this crazy world, evolving and ever-changing, but the thing that doesn’t alter is the bond they share. We’ll see more of that bond as 1923 continues and the ups and downs in which their journey takes them. Love, despair, and devastation are on the menu for Helen Mirren and Harrison Ford’s powerhouse characters, and we can’t wait to watch them dive in.

Abby and Ryan have another sweet moment

Abby and Ryan are our favorite new couple to watch this season, and the sweet — and let’s be honest, probably relatable — moment they shared in this episode was adorable. Having spent the night together, Ryan has to be up early for work which leaves Abby with the knowledge that she’ll be doing the “walk of shame” later.

Later in the episode, we see a moment between them that could threaten their happily ever after. We don’t want to give too much away, but we will say this — we are rooting for them and their future!