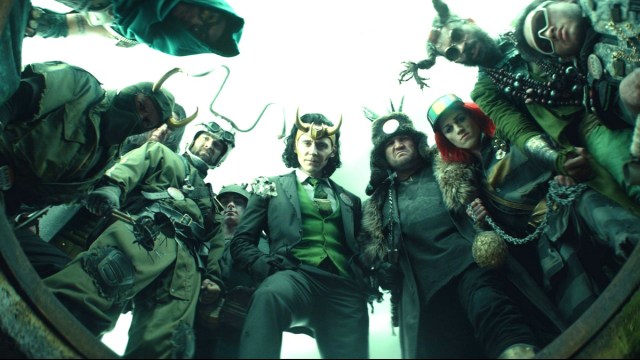 Loki premiered on Disney Plus in 2021, and one of its highlights is a fight between Tom Hiddleston, alternate versions of him, and other actors also playing Loki, and now Michael Waldon is revealing how it came together.

“It was painted with broad strokes. We’d written the important characters in there — our Loki, Classic Loki, Kid Loki, Boastful Loki. And then President Loki, we knew we wanted [him] in there as a nod to that great comics run. That was the one that I had certainly always hoped, ‘well, if Tom Hiddleston can play any of them, it’ll be that one.'”

Waldron makes the comments about the scene in an article published by Entertainment Weekly today. In the piece, he also reveals Alligator Loki was intended to be in the series from the start, says the character works because he is a silly concept taken seriously, and one of the points of the fight was to make the character reflect on who he has been through the years and who he has become.

“I liked the idea of sending the audience theorizing that this is going to be a story about Loki breaking bad even more. When in fact it’s the story of him becoming a hero. And when he meets President Loki, he’s looking at him as, ‘wow, that’s who I was, and that’s probably who I’d still be if I hadn’t met Mobius and Sylvie.’ All of these Lokis, he’s looking at them and he’s really self-reflecting for the first time, like, ‘man, I don’t know if I like who I’ve been my whole life.'”

The second season of Loki does not have a set release date at this time.