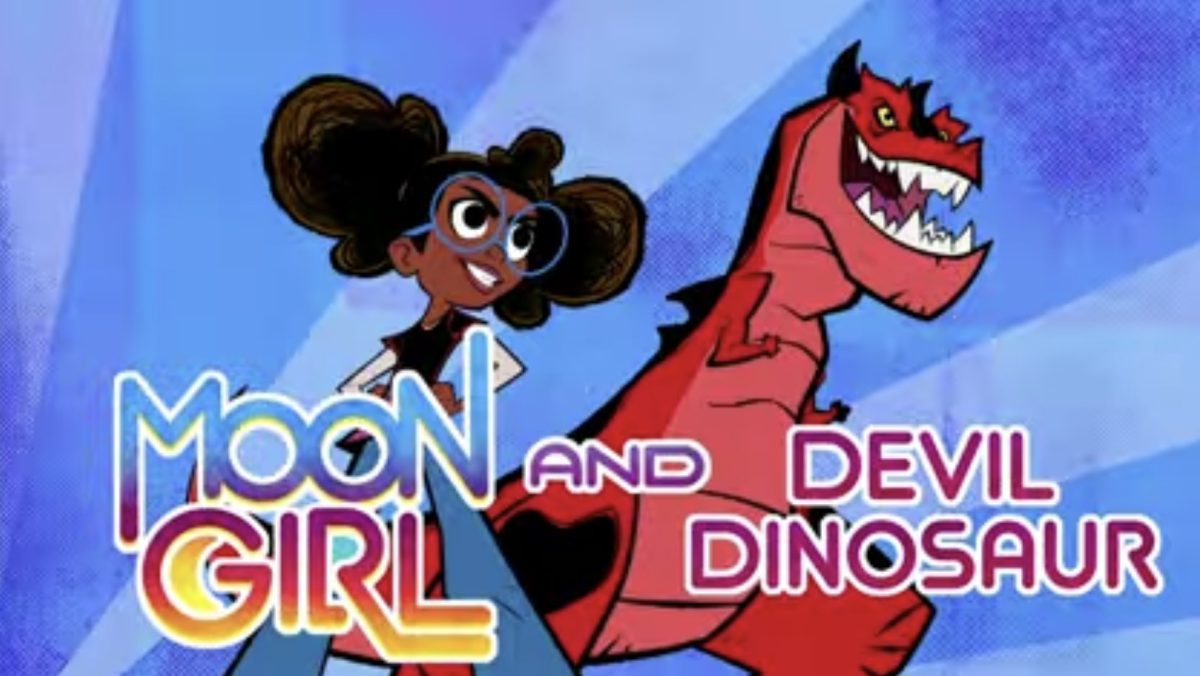 We could very well be gearing up for one of the most delightful Marvel projects ever in just a few short weeks. Marvel’s Moon Girl and Devil Dinosaur is set to grace televisions all over the world with its distinct, Into the Spider-Verse-esque animation style and an adolescent ethos that will no doubt charm its way into even the most disgruntled hearts.

Here’s everything you need to know about the upcoming Moon Girl and Devil Dinosaur series.

What is Moon Girl and Devil Dinosaur about?

Moon Girl and Devil Dinosaur follows the amusing misadventures of 13-year-old Lunella Lafayette, a genius inventor who accidentally pulls an enormous, red Tyrannosaurus rex, named Devil Dinosaur, from his time and into present-day New York City. Armed with an arsenal of gerrymandered tech, a newfound friendship with a powerful dinosaur, and an unwavering loyalty to her neighborhood, Lunella finds herself juggling school and family life with her endless crusade against a slew of dastardly villains, including Aftershock, Rat King, and Mane.

When and where will it release?

The first of Moon Girl and Devil Dinosaur‘s six episodes will premiere on the Disney Channel on Feb. 10, followed by the second episode a day later on Feb. 11. The third and fourth episodes will release the following week on Feb. 18 and will end with its final two episodes on Feb. 25. The first episode, a two-part special, will run for 48 minutes, while the remaining episodes will have around half of that run time. All six episodes of the first season will be available to stream on Disney Plus on Feb. 15. A second season has already been ordered by Disney ahead of the first season’s premiere.

Who is in the voice cast?

Tatasciore, who is best known for lending his voice to the Hulk, is no stranger to Marvel Animation projects, with his illustrious list of credits including such works as Marvel’s Spider-Man, Hulk and the Agents of S.M.A.S.H., Ultimate Avengers, and its sequel Ultimate Avengers: Rise of the Panther. He’s also lent his talents to the Marvel Cinematic Universe, voicing Drax, Volstagg, Corvus Glaive, and other characters in What If…?.

Diamond White, who first made a name for herself on season two of The X Factor, in which she finished in fifth place. She also is known for her lead role of Francine Greene in the animated series, Transformers: Rescue Bots, and has featured as series regular Paris Buckingham on the long-running CBS soap opera, The Bold and the Beautiful, since 2020.

Elsewhere, Libe Barer (DuckTales, Sneaky Pete) will lend her voice to Casey, Lunella’s best friend and manager. Three-time Emmy Award winner and Oscar nominee Laurence Fishburne (Apocalypse Now, What’s Love Got to Do with It?, and The Matrix) will portray The Beyonder, a character whose power level outclasses just about everyone else in the entire Marvel canon, making his presence in what appears to be a low-stakes story quite bizarre.

Will Moon Girl and Devil Dinosaur tie into the Marvel Cinematic Universe?

Though we endorse the inevitable development of Moon Girl and Devil Dinosaur becoming fan-favorite characters for many, we don’t encourage holding your breath for the series to tie into the MCU.

Marvel Animation, which will be developing the series, may be a subsidiary of Marvel Studios, but there has been one other project to come out of the company since that acquisition—the computer-animated series, Spidey and His Amazing Friends. Anyone can take one glance at that show and figure out pretty quickly that MCU ties are nowhere in its future.

On top of that, Moon Girl and Devil Dinosaur‘s ethos, despite featuring strokes of humor that aren’t uncommon in the MCU, is overall just a bit too far of a cry to realistically bridge itself with Marvel Studios’ flagship franchise. The upcoming series is clearly aiming for much younger audiences from what we’ve already seen of its characterization, tone, and stakes.

That’s not to say that we won’t see Moon Girl and Devil Dinosaur appear in the live-action MCU. In fact, we’ve already seen a version of Captain Carter make her move from the animated What If…? to the live-action Doctor Strange in the Multiverse of Madness, so the groundwork has been laid. However, if Moon Girl and Devil Dinosaur do appear, we certainly won’t expect them to be the same characters that the Disney Channel is serving up.