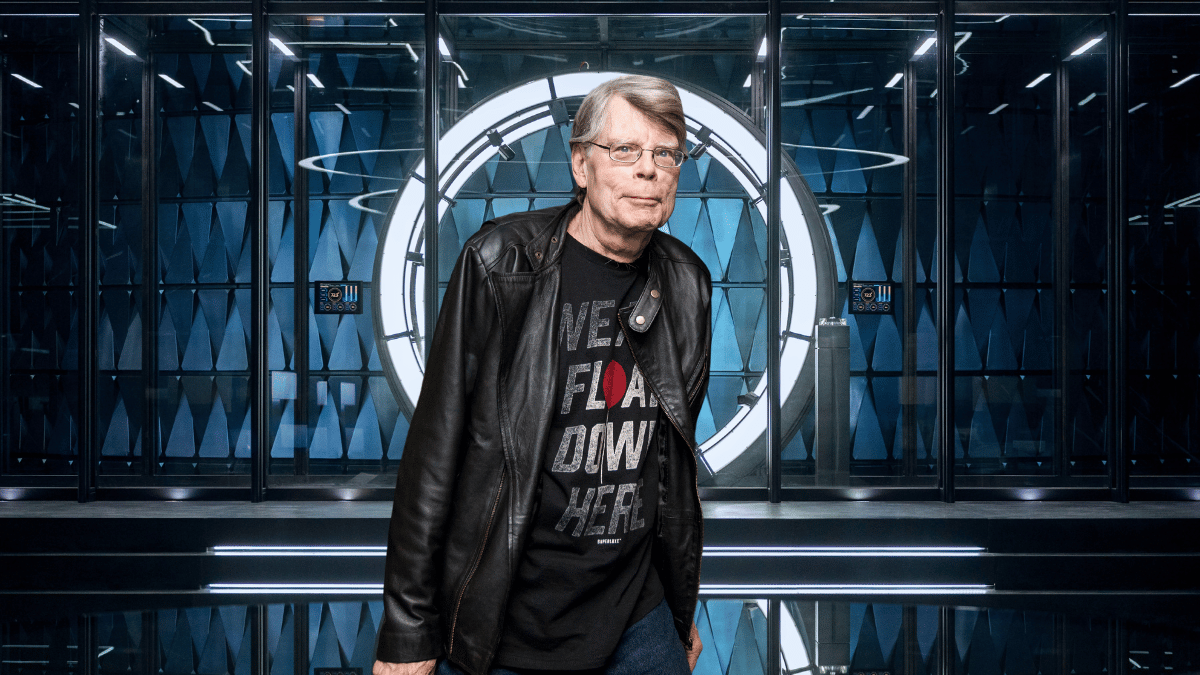 If you’ve been a holdout when it comes to watching Kaleidoscope on Netflix because of viewing order option paralysis, fear not; a certain someone who knows a thing or two about how to tell a good story is here to put your anxieties to rest.

Stephen King recently took to Twitter to share his thoughts on the show (which he thought was excellent), and suggest which order to watch it in.

In case you were a little too hungover to catch the news on New Year’s Day, Netflix came out swinging with Kaleidoscope, a new heist series starring Giancarlo Esposito as master thief Leo Pap.

The show comes with a unique quirk – Netflix is randomly shuffling the viewing order of the episodes for each individual user, with the exception of the ‘White’ episode, which features the climactic heist and always plays last.

The consensus about the gimmick is that it’s somewhat hit and miss, with many of the 5000+ different orders in which to view Kaleidoscope being better than others.

The answer, as is often the case with the Carrie and It author, was blunt, straightforward, and simple:

So there you have it – if you’re not keen on letting Netflix choose your viewing order for you, just hop into the episode list and watch the series chronologically. This would mean starting at the ‘Violet’ episode, 24 years before the heist, through to ‘Pink,’ six months after the heist.

In short, according to Stephen King, your viewing order by episode title should be as follows: Violet, Green, Yellow, Orange, Blue, White, Red, and Pink.

While the series certainly makes the most sense chronologically, we do have one small caveat to make mention of this viewing order. Not leaving the ‘White’ episode until last (as Netflix intends) does do away with some of the titillating intrigue surrounding some story beats and character motivations which culminate during the heist, and as such takes some of the mystery out of the ‘Red’ and ‘Pink’ episodes. But hey, if you prefer a straight-shooting heist story, go nuts.

Kaleidoscope is now streaming on Netflix, but you probably knew that – seeing as Giancarlo Esposito recently celebrated the show hitting the #1 spot on the platform.