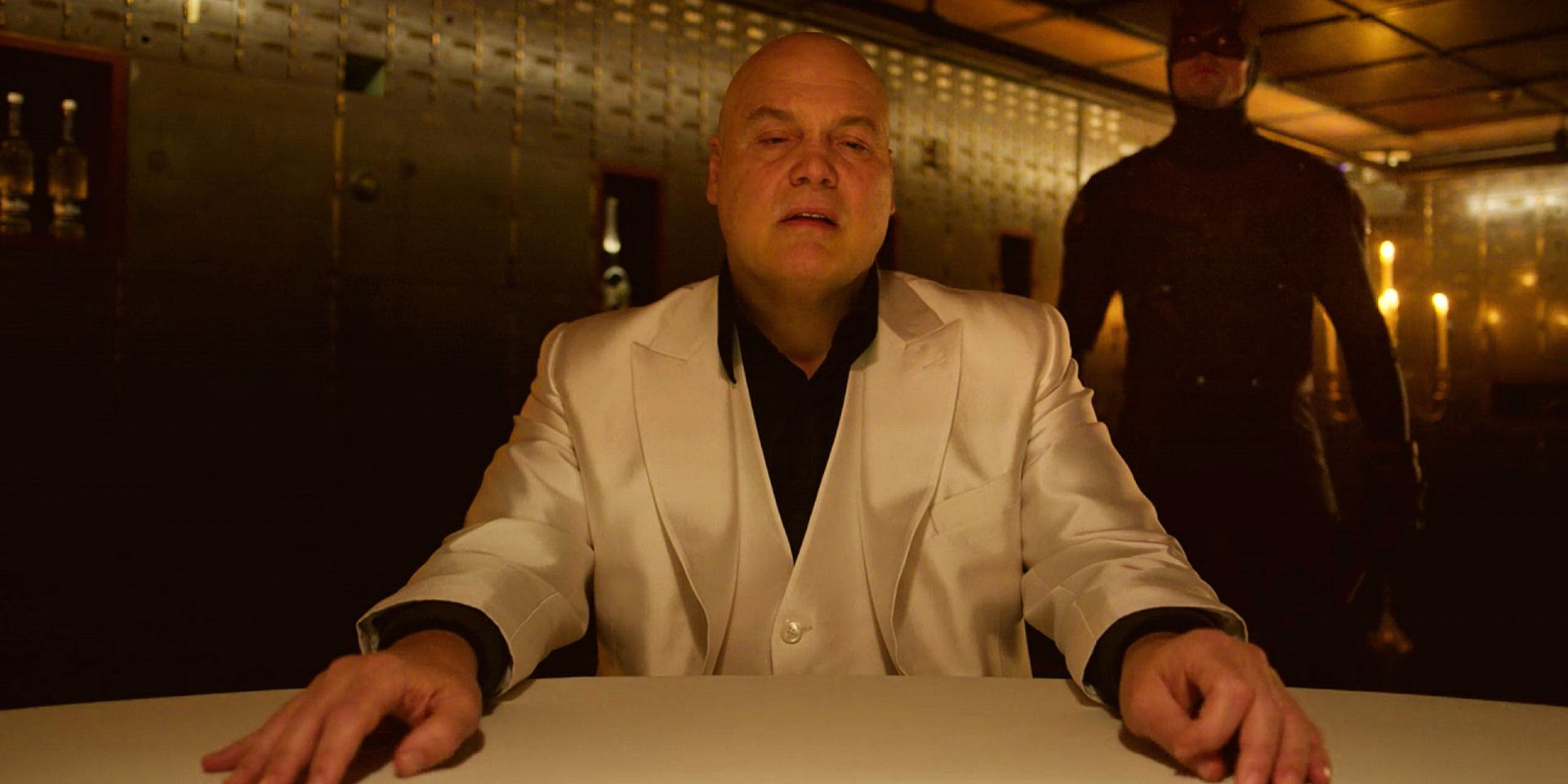 The Marvel villain Kingpin is known for his imposing size. In the comic books, he’s sometimes as big as a house, but obviously in Daredevil he was fairly normal-sized. However, he was slightly bigger in Hawkeye and now looks tank-like in the trailer for Echo. Over on the r/marvelstudios subreddit, user floyfromhell posed the question: Is it just me … Or does he keep getting bigger?

One user said this was an intentional choice by Marvel.

“Marvel does tend to move characters more and more toward comic accuracy over time,” said MuNansen. Someone else said they preferred the more human-like representation of Kingpin, also known as Wilson Fisk. Jubachi99 said:

“Honestly, Fisk is one of the few characters (whose) design I preferred the not comic accurate version of. Him being cartoonishly large ruins the intimidation factor (the) original Fisk from the Daredevil movie felt like since he was of a realistic size. Maybe it’s just me. For the comics and other such things where its animated his cartoony size doesn’t have that effect because its made up for by things like lighting that is pretty hard to get with live action”

User 13strong pointed out that interpretations of Fisk on Netflix are different than the Marvel ones. “Yeah, they’re padding him out to make him more comics-accurate. The MCU is closer to comic-style than it is the ‘realism’ of the Netflix shows.”

Another pointed out that they didn’t appreciate that about the previous shows on Netflix: “Yea.. That’s the one thing i didn’t like about the netflix shows, they tried to make it too grounded and didn’t embrace the comic aspect of it enough. Specially Iron Fist,” said ttsho.

Is Marvel going too far? JoeMcDingleDongle seems to think so.

“He looked ok in Hawkeye, bigger, but not ridiculous. The stills from Echo are going too far. Obviously not everything from the comics translates perfectly to live action… here they are adding so much padding dude’s neck keeps shrinking, seems non-existent in the new stills.”

User nage_ seems to think there’s a reason for the padding: to protect actor Vincent D’Onofrio as he continues in the role for the foreseeable future.

“I think they’re adding shoulder pads so they don’t have to count on D’onofrio maintaining his size/stature into later years. The guy trimmed down a bit before Hawkeye; you could tell with his neck. Happy he’s getting healthier and happy it won’t (affect) his career since he’s usually type casted as the strong intimidating guy.”

Others claim there’s something else going on, like mrprincepercy.

“There’s actually a canister of helium in his butt.”

You can see the largest version of Kingpin yet when Echo premieres in the Summer of 2023.