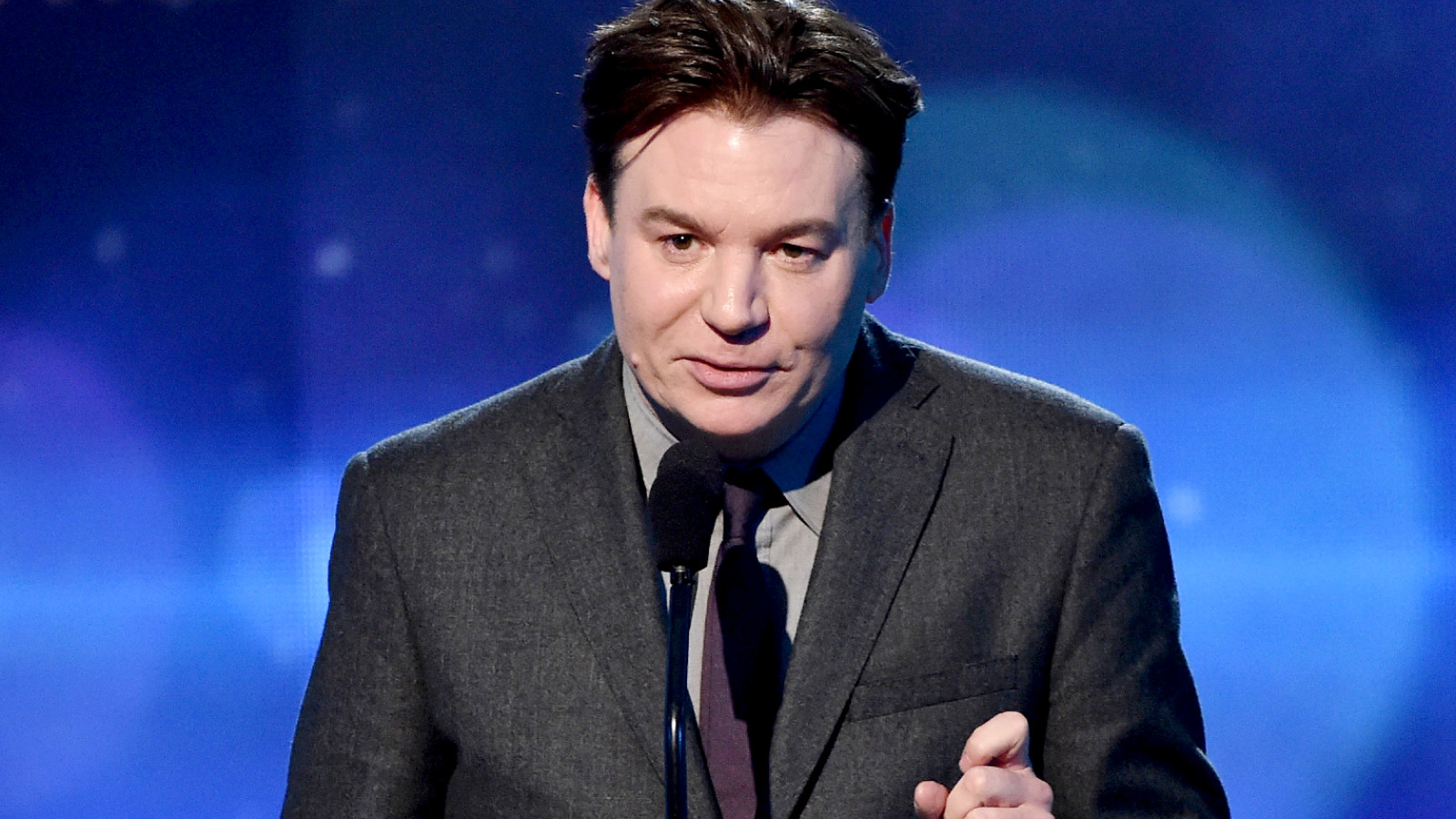 Comedian Mike Myers is setting his sights on a comeback with an upcoming Netflix series, The Pentaverate, and this week the 58-year-old finally joined Instagram to begin dropping clues about the mysterious new show.

Netflix has been keeping the half-hour limited series, which was first announced last summer, tightly under wraps. According to the brief plot description, “Five men have been working to influence world events for the greater good since the Black Plague of 1347. As the show begins, one unlikely Canadian journalist finds himself embroiled in a mission to uncover the truth and just possibly save the world himself.”

As such, Myers’ cryptic new account features five posts that all involve the number five, including photos of a Five Guys restaurant, a five-dollar bill, a poster of the five boroughs of New York City, the 5 Lexington Avenue Express subway line, and a helicopter with the number five on it. None of the posts are captioned save the one of the helicopter, which states: “5 days. The 5th hour.”

As for the cryptic caption, Netflix released a press release in tandem on Friday stating that a first look at The Pentaverate is coming on Wednesday, March 16 at 5:55am PT.

Interestingly enough, the concept of The Pentaverate is not new to Myers’ comedic universe. It was first referenced in his 1993 comedy So I Married an Axe Murderer, which starred Myers in the dual roles of lead Charlie Mackenzie and his Scottish conspiracy theory-driven father, Stuart.

In the scene in question, Stuart regales Charlie’s friend Tony (Anthony LaPaglia) with tales of the secret society of “the five wealthiest people in the world known as the Pentaverate,” which he says runs everything, including newspapers, and meets tri-annually at a secret country mansion in Colorado known as The Meadows.

As far as who’s in this Pentaverate, Stuart claims that it includes the Queen, the Vatican, the Gettys, the Rothschilds, “and Colonel Sanders, before he went tits up.”

In other words, Mike Myers as the Queen of England? Sigh. Netflix has not yet given The Pentaverate a release date, but we can probably expect one forthcoming next Wednesday.